At approximately 10:30 a.m. on Tuesday, May 26th, Traffic officers stopped a suspicious vehicle occupied by two men and one woman in the 200-block of Gorge Road East. Upon further inspection the officers learned that the vehicle was not safe for the road due to critical vehicle defects.

A photograph of the seized weapons is below. 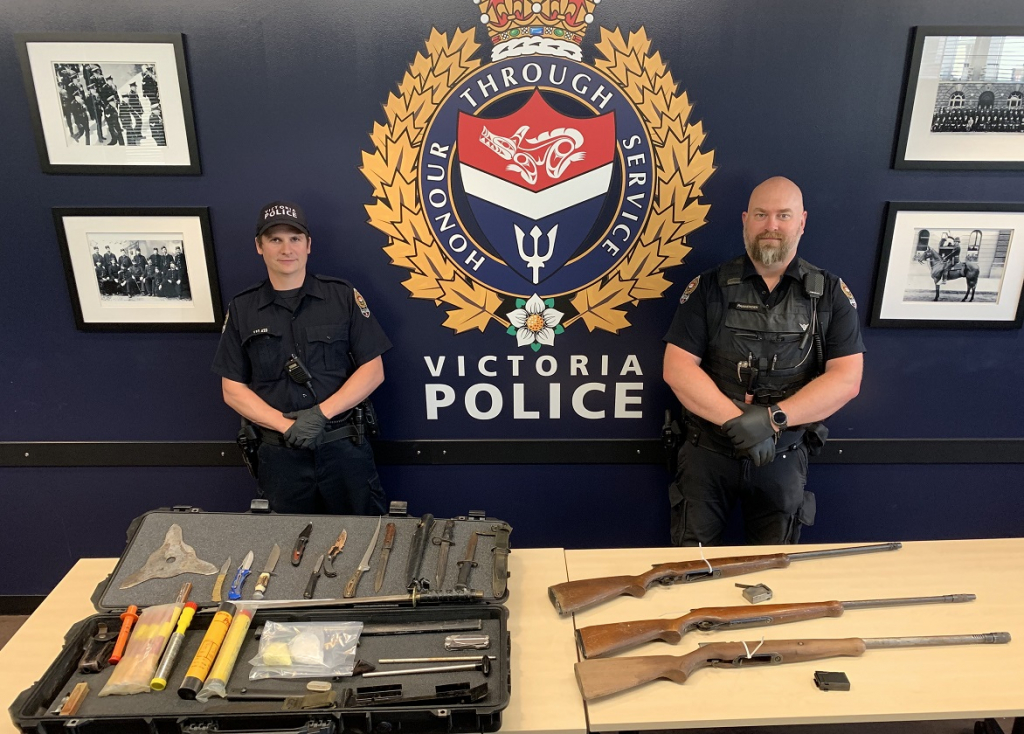