Victoria, BC – Two people were arrested after a driver collided with two hydro poles in Esquimalt on Halloween night.

Shortly after 10 p.m. on Saturday, October 31st, Patrol officers were called to the 800-block of Esquimalt Road for a report that a vehicle had collided with a hydro pole. Officers attended and saw that a truck sustained significant damage in a collision with two hydro poles. The vehicle’s front tire was found on the roadway several metres from the collision scene.

One hydro pole was severely damaged, and a second pole sustained minor damage. BC Hydro was called to the scene to repair the damage.

Photographs of the scene are below. 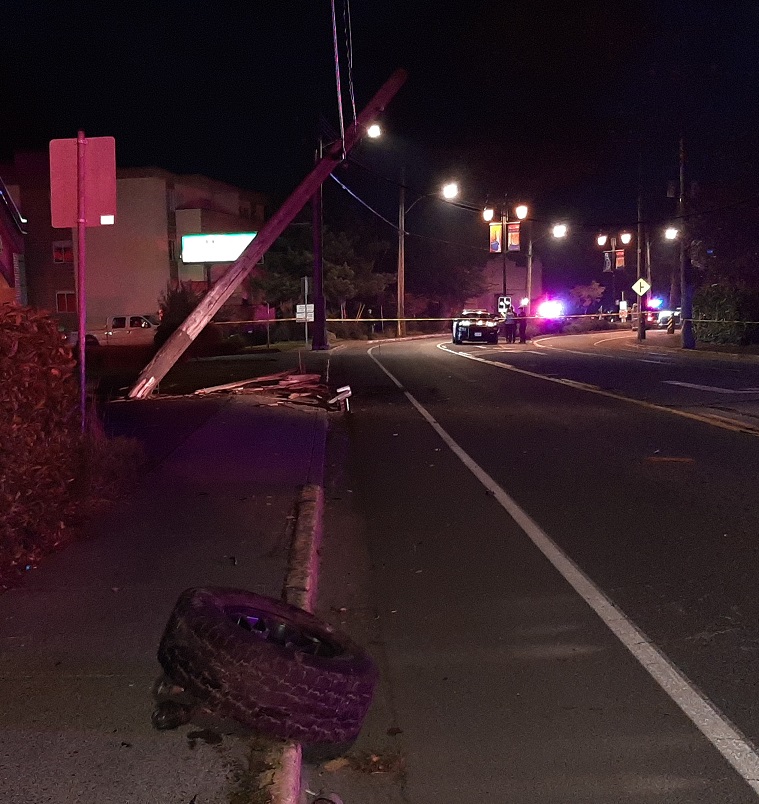 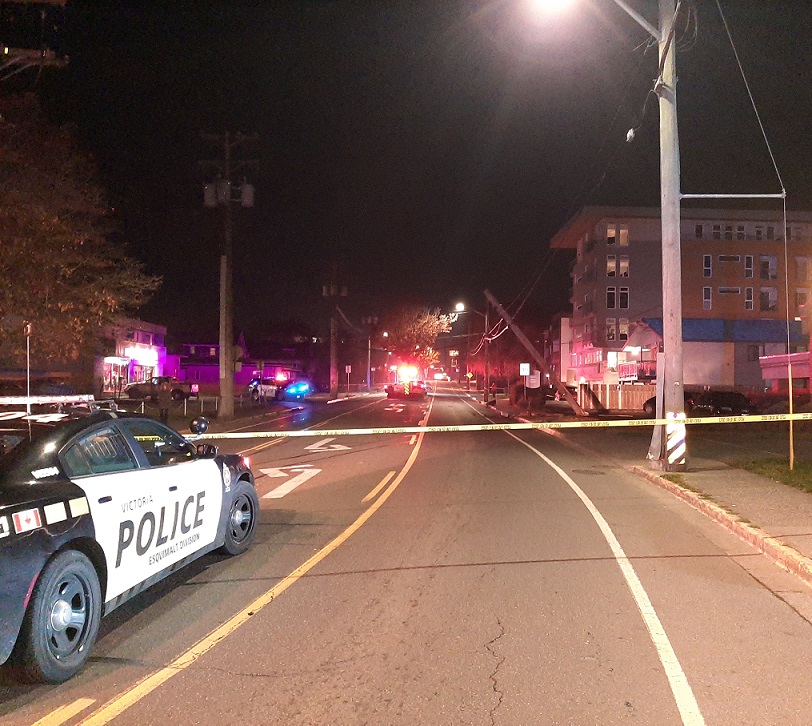 A woman faces recommended charges of impaired driving. Officers served the woman a 90-day Administrative Driving Prohibition and the vehicle was impounded. The passenger was released without charges.