Victoria, BC – Detectives with VicPD’s Major Crimes Unit (MCU) are asking for your help in identifying the suspect in a weekend stabbing.

Shortly after 7:30 p.m. on Sunday, November 15th, Patrol officers responded to a report of a stabbing in the 900-block of Pandora Avenue. On scene officers located a man who had been stabbed several times and was suffering from potentially life-threatening injuries. Bystanders provided medical attention to the victim until BC Emergency Health Services paramedics arrived and transported the man to hospital. The victim remains in hospital where his injuries are now considered non-life-threatening.

The suspect fled the scene prior to police arrival, and the man has not been identified.

The suspect is described as Caucasian man standing five feet, ten inches tall, with a medium build. The suspect has light brown or blonde hair and blue eyes. He wore a black and red hooded sweater with the hood up, a black and red face mask, and white Nike shoes. The suspect carried a black shoulder bag. He was last seen leaving the area, eastbound on Pandora Avenue.

A photograph of the suspect is below. 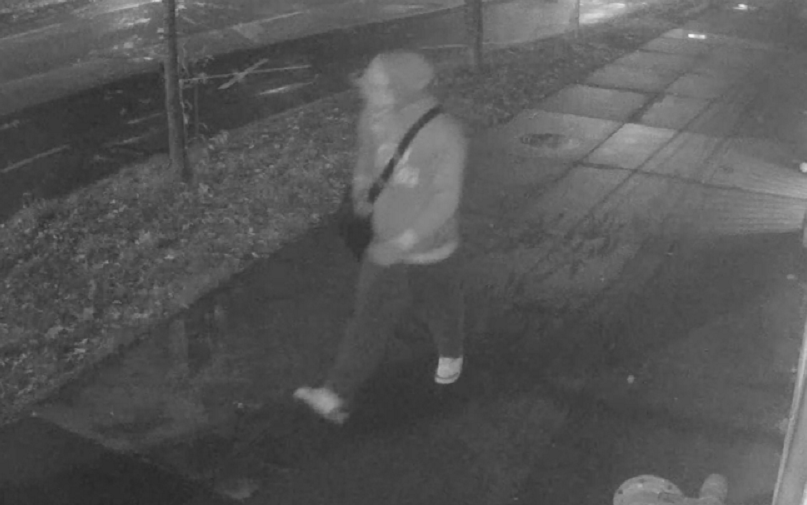 MCU Detectives are asking anyone who recognizes this suspect, or has information about this incident, to please call our non-emergency line at (250) 995-7654, extension 1. To report what you know anonymously, please call Greater Victoria Crime Stoppers at 1-800-222-8477.