Shortly before 11 a.m. on Friday, December 18th, Patrol officers were called to the 1100-block of Wharf Street for a report of two men shooting pistols into the water of the Inner Harbour. Patrol officers located and arrested the men near Fort and Langley Streets as they were leaving the area. Officers searched the men following the arrest and located a replica firearm on each man, along with a set of carbon fiber knuckles and bear spray.

In addition, one of the men was the subject of an unendorsed warrant in relation to a break and enter investigation. Officers transported the man to cells at VicPD to await court.

A photograph of the seized items is available below. 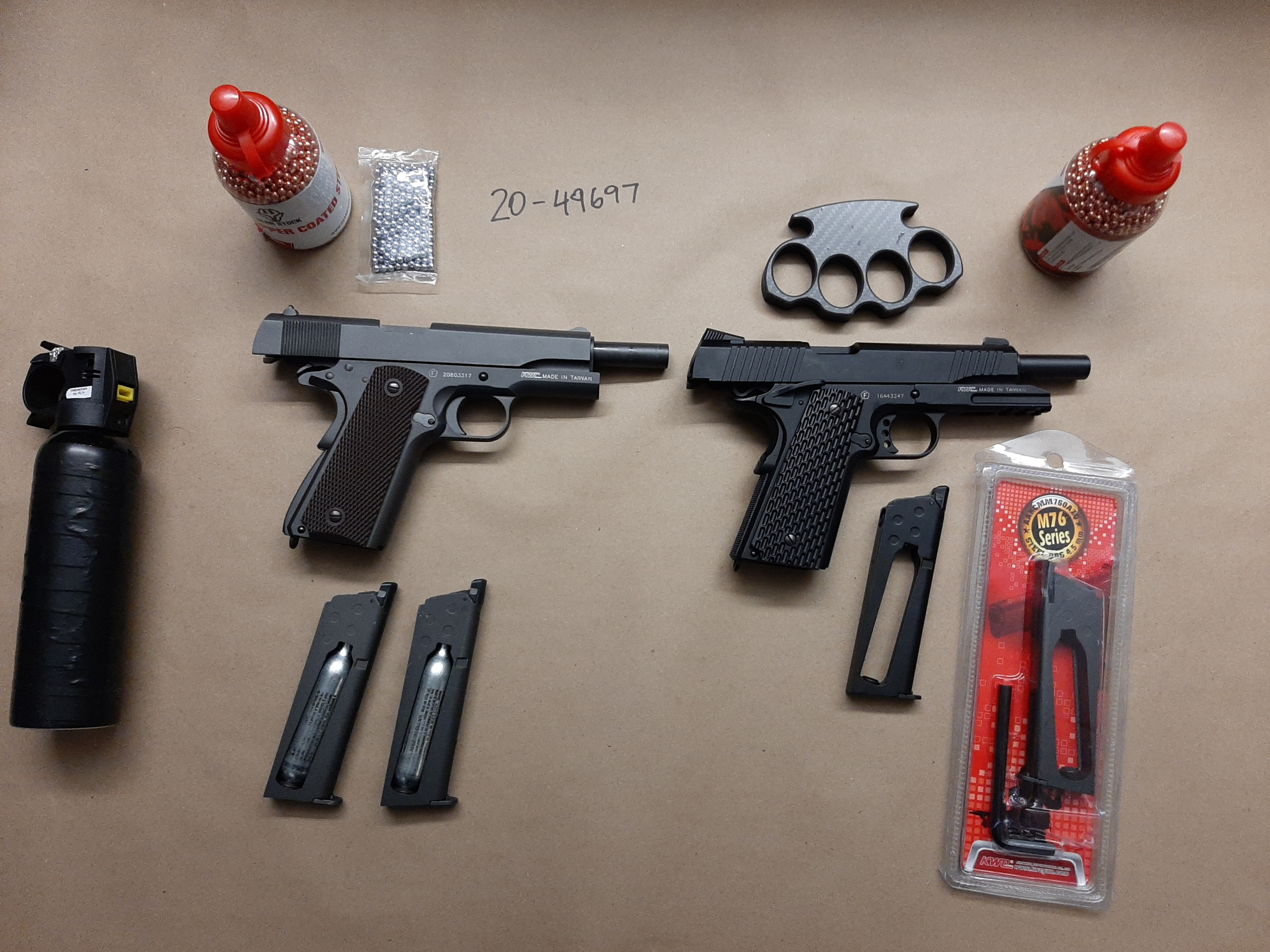