Leonard Michael Lecreux was arrested on the morning of March 17th when a Patrol officer was called to a report of an armed, unconscious man sitting on the steps to the Galloping Goose Regional Trail at Bay Street and Tyee Road. When the officer arrived he discovered the man unconscious, and holding a knife. The officer disarmed the man and roused him.

In the course of the investigation the man gave the officer a false name and then attempted to flee. He was arrested and, given the officer’s concerns that the man needed to be roused when the officer first arrived, BC Emergency Health Services paramedics were called and the man was transported to hospital for evaluation. He was not injured during the arrest.

The officer continued the investigation and discovered that the man was in possession of other people’s identification and bank cards, as well as stolen property and break and enter instruments including lock picks. The man was released from hospital and transported back to VicPD cells. The man was fingerprinted and his identity confirmed as Leonard Michael Lecreux. 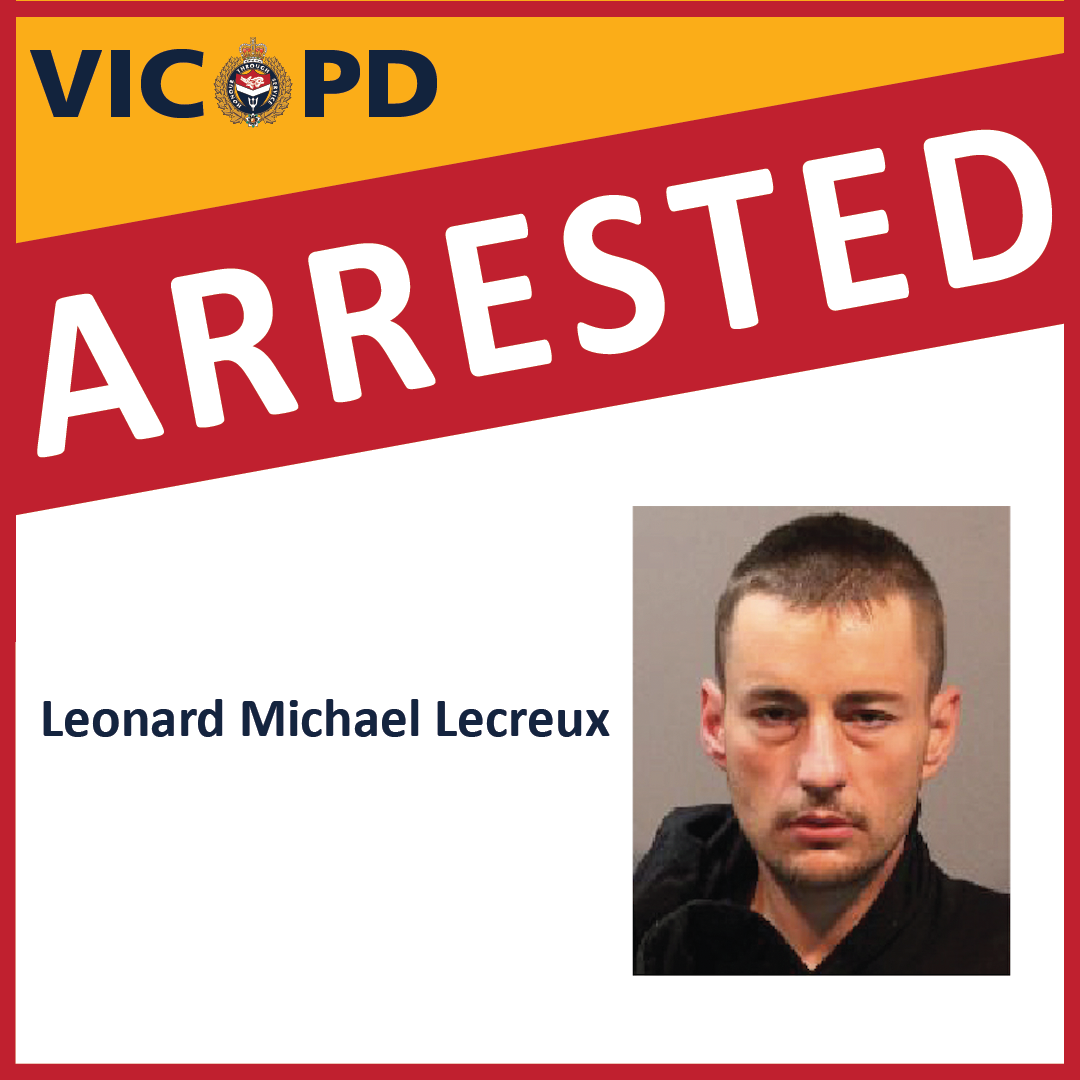 He was held in custody for court.