Do You Recognize This Man? Suspect Sought In Stabbing

Victoria, BC – Patrol officers are asking for your assistance as we continue to investigate a Tuesday night stabbing.

Patrol officers were called to the 900-block of Pandora Avenue just before 8:30 p.m. on Tuesday, April 20th for a report that a man had been stabbed and was refusing medical assistance from BC Emergency Health Services paramedics. When officers arrived, they discovered the victim with a stab wound being attended to by a passerby.

Officers worked with paramedics to help de-escalate the man so that he could accept additional medical support. The man was transported to hospital where his injuries were found to be non-life-threatening.

The stabbing was captured on nearby surveillance video.

The suspect is described as a Caucasian man standing approximately six feet tall, with a slim build. At the time of the incident he was wearing a black ball cap, a long sleeve black hoodie, baggy blue jeans, black tennis shoes with white near the soles, and white gloves. He was last seen carrying a black backpack. A still image from the video is below. 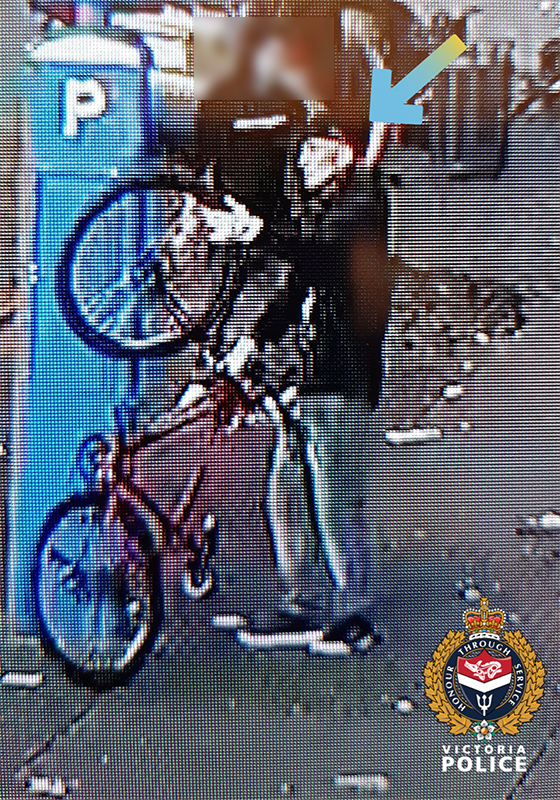 If you have any information about this incident or recognize this suspect, please call (250) 995-7654 extension #1. To report what you know anonymously, please call Greater Victoria Crime Stoppers at 1-800-222-8477.