In early October, CSD officers began an investigation into a suspected drug trafficker operating out of a suite in a multi-unit residential building in the 900-block of Johnson Street. On Friday, October 15th, members of GVERT arrested the suspect in the 900-block of Pandora Avenue. A loud distraction device was utilized in the course of the arrest due to concerns that the man was in possession of weapons. Officers searched the man following the arrest and seized a concealed can of bear spray.

Officers then executed a search warrant on the man’s residence in the 900-block of Johnson Street. Officers located and seized quantities of fentanyl consistent with a drug trafficking operation, weapons, including a cattle prod, baton, taser, and replica firearm, as well as nearly $8,000 in cash. Photographs of some of the seized items are below. 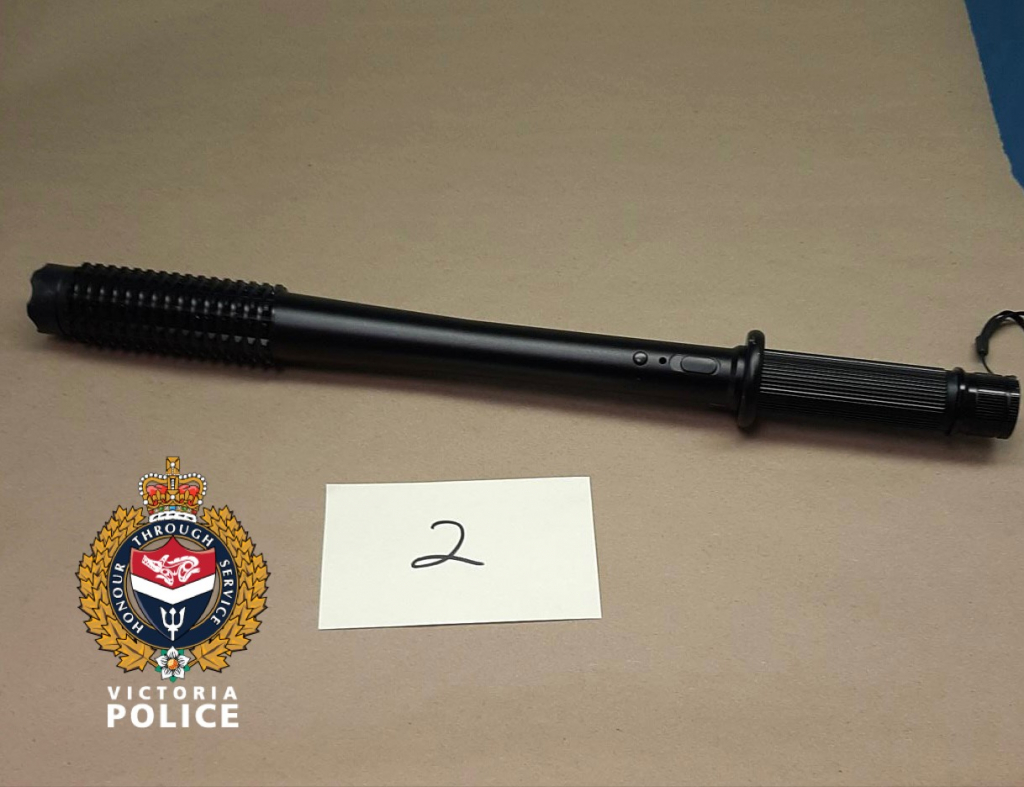 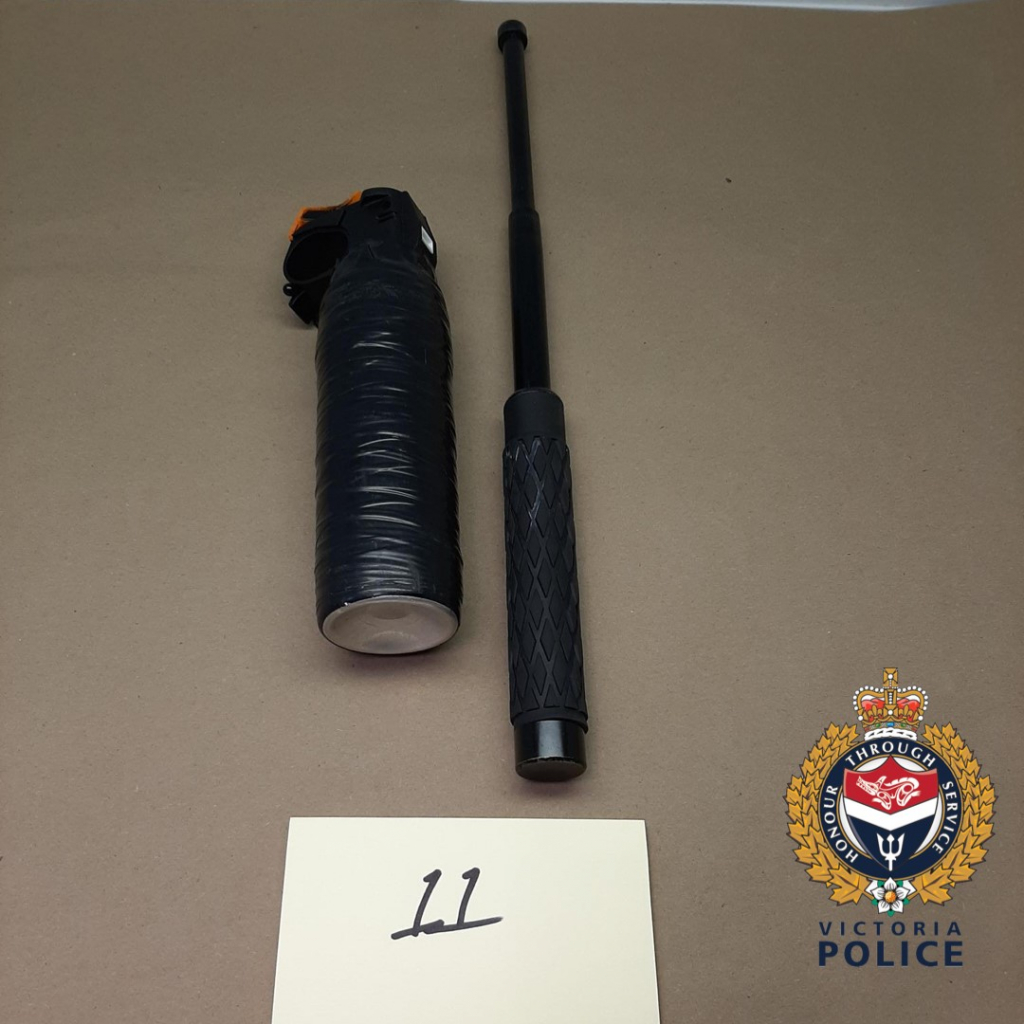 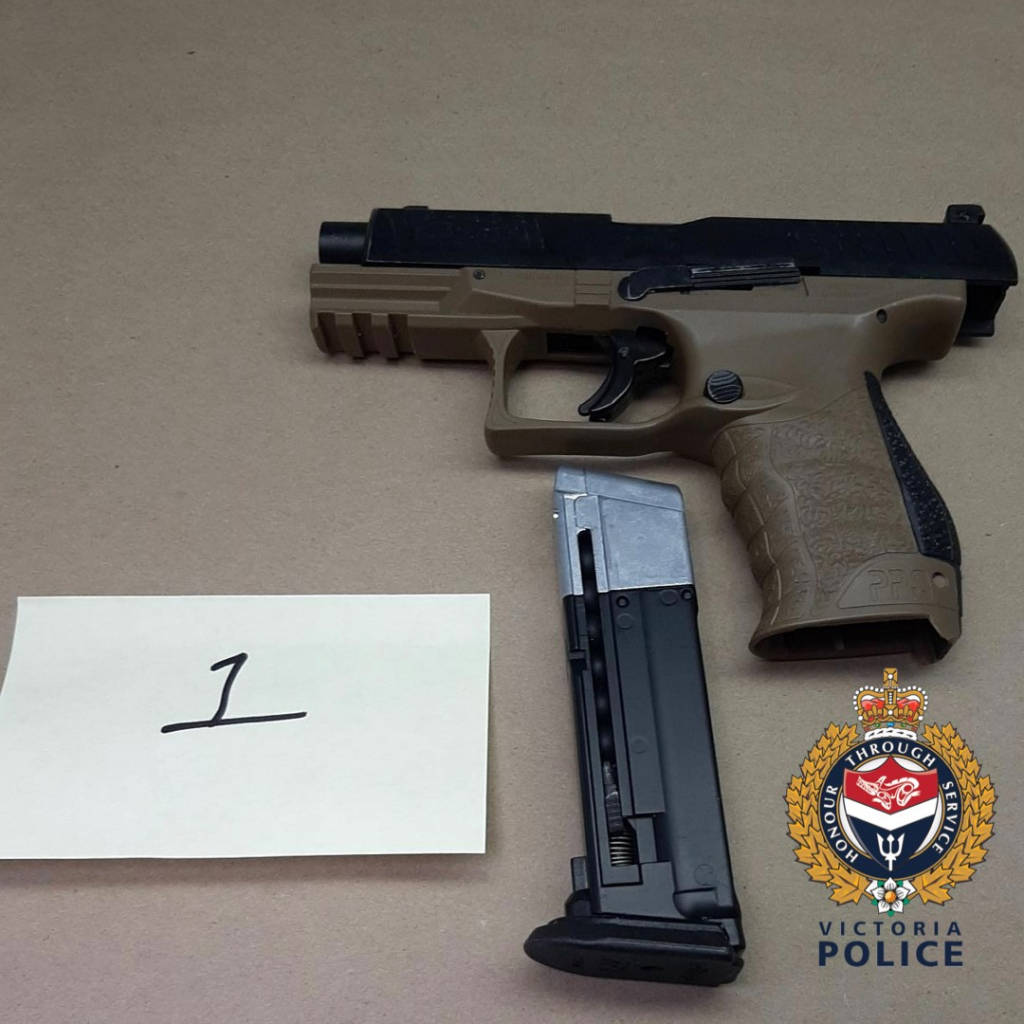 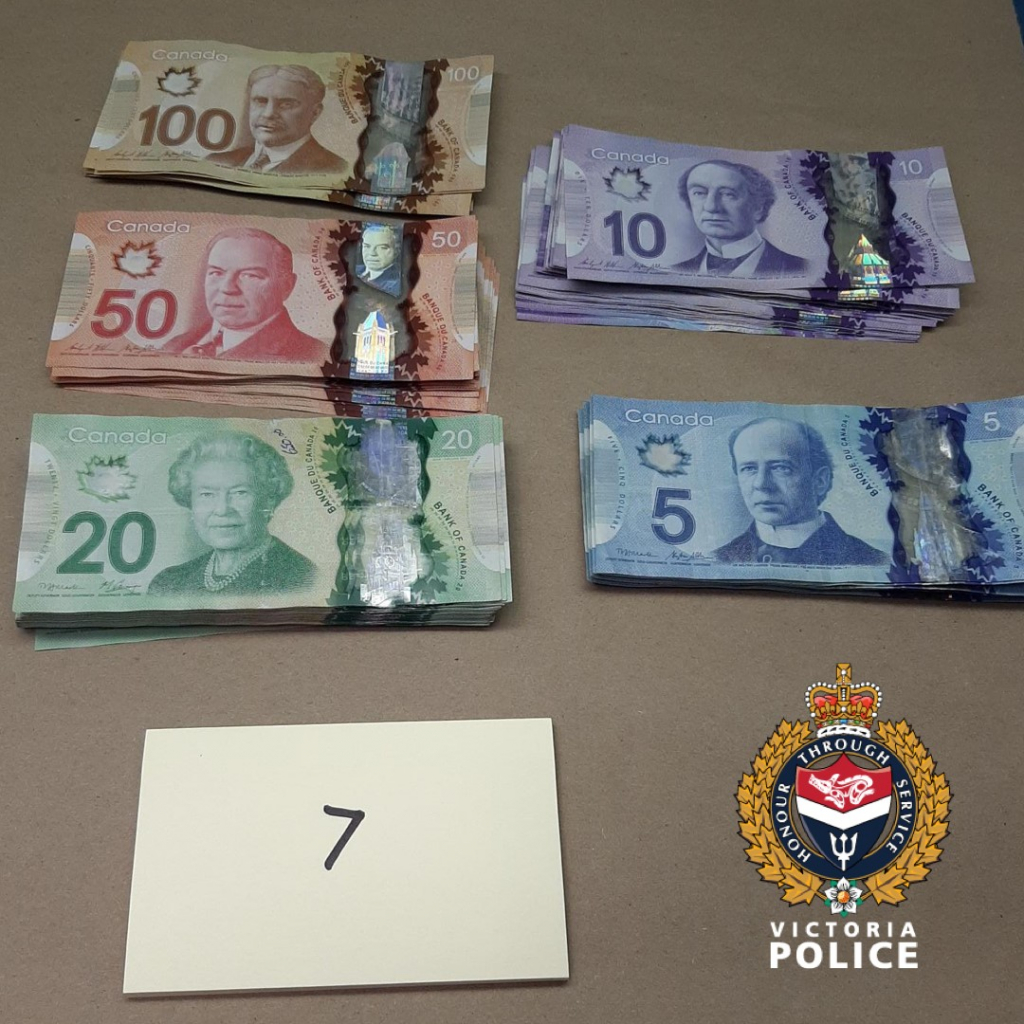 The suspect, a Victoria man, was released from custody pending further investigation into drug and weapons offences.