Shortly before 9 a.m. this morning Patrol officers located and arrested Gatchell in the 1200-block of Yates Street. He was transported to VicPD cells. 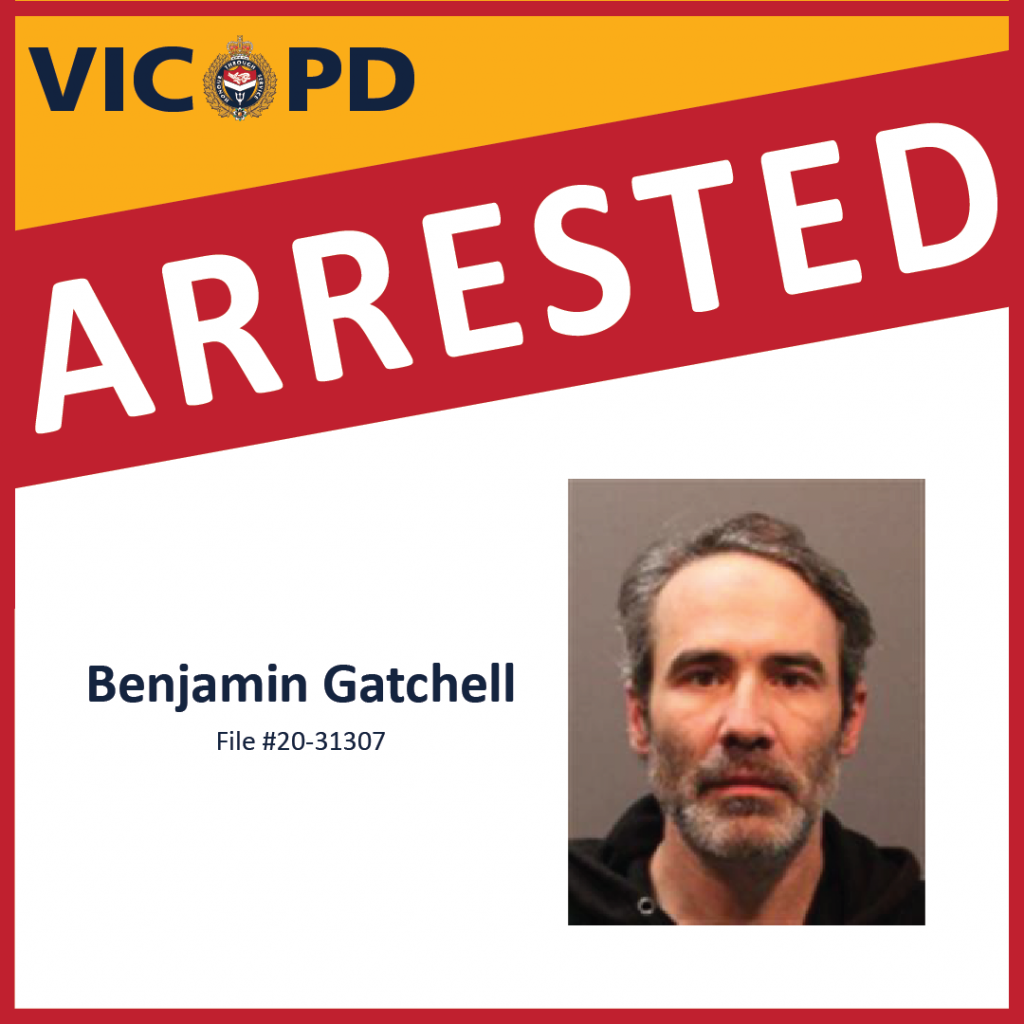 Benjamin Gatchell’s warrants were unendorsed and he is being held in custody. An unendorsed warrant requires that police hold the accused person in custody until they go before judicial process such as a bail hearing.