Suspect Sought After Threatening, Spitting On BC Transit Driver

Victoria, BC – We are asking for your help to identify a suspect who reportedly threatened and spat on a BC Transit driver in Victoria last week.

At approximately 6:45 p.m. on Tuesday, March 1st, a BC Transit driver stopped to pick up a passenger in the area of Fort and Ashgrove streets. The passenger immediately became confrontational with the driver and threatened to stab him. The passenger then moved around the plexiglass barrier on the bus and spat on the driver’s face before leaving the area.

The suspect is described as a 25 to 35-year-old Caucasian man with a medium build. He wore a dark hat and a dark jacket. A photograph of the suspect is available below. 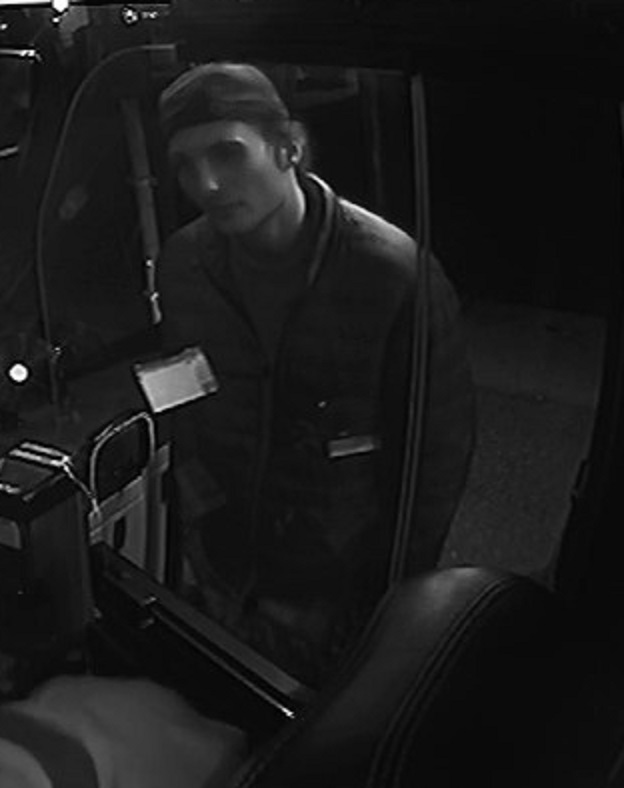 If you recognize this suspect or have information about this incident, please call our non-emergency line at (250) 995-7654, extension 1. To report what you know anonymously, please call Greater Victoria Crime Stoppers at 1-800-222-8477.