Victoria, BC – Investigators have released surveillance photographs of a suspect in a head-on hit and run collision involving a stolen vehicle.

Just after 2:50 p.m. on March 24th, Patrol officers were called to the 1700-block of Fort Street for a report of a head-on hit and run collision. When officers arrived, they learned that the driver of a white Ford F150 truck was travelling east on Fort Street when an oncoming black 2018 Toyota Highlander crossed the centre line and collided with his vehicle. The impact was severe enough that the airbags were fully deployed and both vehicles significantly damaged. The driver of the Highlander exited the vehicle, removed something from the trunk, and fled the area. B.C. Emergency Health Services paramedics attended and medically cleared the F150 driver.

As they investigated, officers located surveillance footage of the suspect captured in the 1800-block of Fort Street following the collision. He is described as Caucasian man, approximately 24-years-old, with a slim build and medium-length dark brown hair. He was wearing a grey hooded jacket with black markings, grey patterned pants, a black ball cap and a backpack. He was also carrying a black bag, an acoustic guitar and a stubby skateboard with bright yellow wheels. Two images of the man are below. 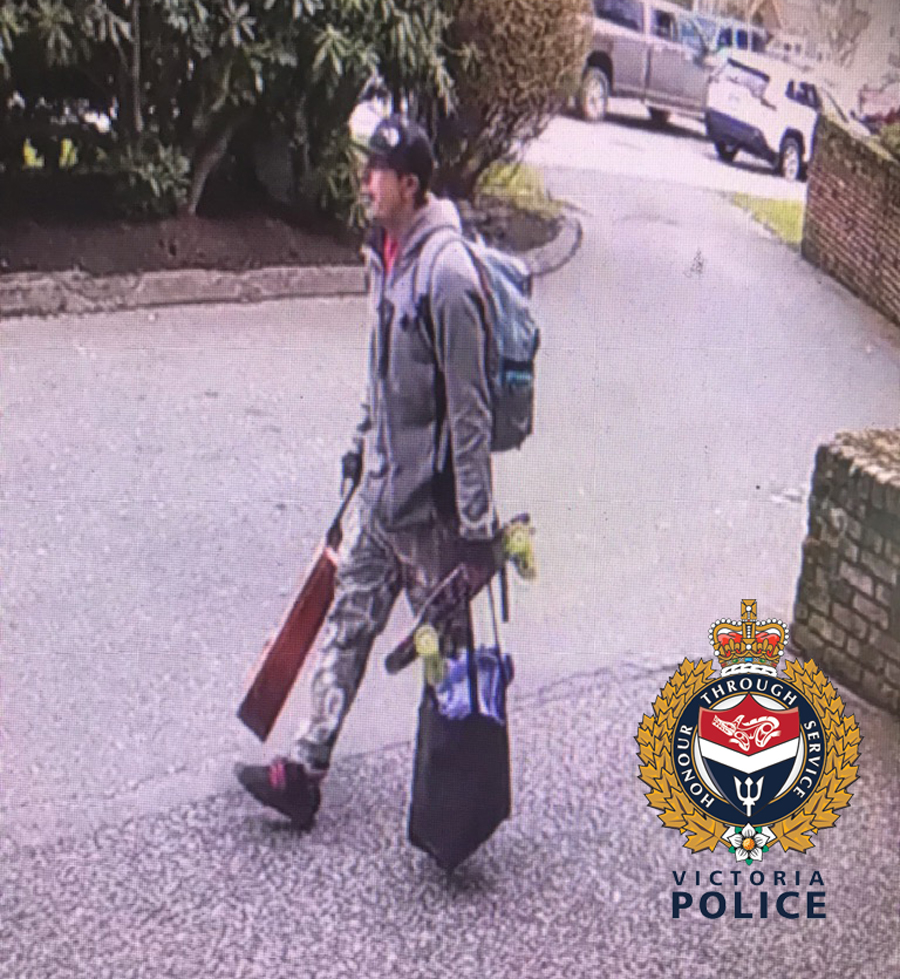 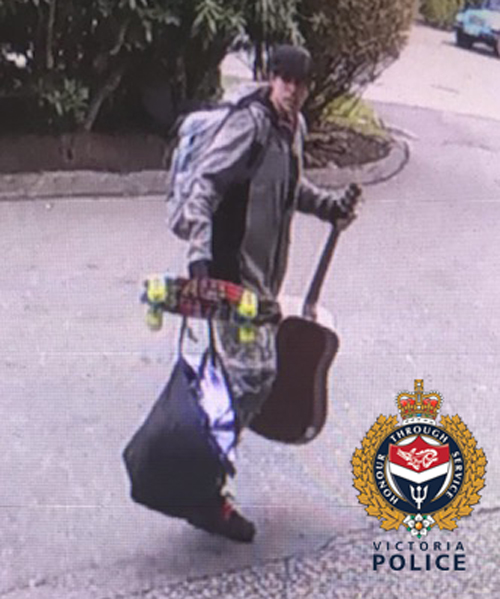 If you recognize this man, or have information about this incident and have not yet spoken to investigators, please call the VicPD Report Desk at (250) 995-7654 extension 1.