Victoria, BC – VicPD Investigation and Support Unit (ISU) officers are investigating after a local theatre company reported a theft of distinctive equipment. Officers are hoping that the description of the equipment will lead to tips and the return of the stolen gear.

Officers were contacted by Theatre SKAM staff who reported that the theft occurred between January 13th and 16th. Thieves made off with a lighting control board, a projector and a wireless transmitter, as well as other electrical and cable accessories used in theatrical production. 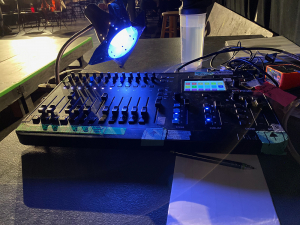 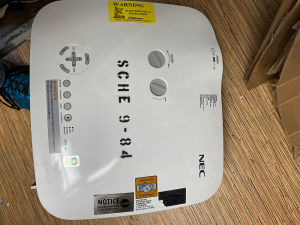 This projector is similar to the one stolen

Theatre SKAM has issued a media release about the theft asking for the public’s assistance in locating these items.

VicPD investigators echo Theatre SKAM’s call asking you to keep an eye out for these items.

If you have information about this theft, see these items, or know where they are, you are asked to call our non-emergency line at (250) 995-7654. To report what you know anonymously, please call Greater Victoria Crime Stoppers at 1-800-222-8477.