Victoria, BC – Community Services Division (CSD) officers arrested one man and seized a number of weapons, including a loaded imitation firearm, after a vehicle stop yesterday afternoon.

At approximately 1:30 p.m. on Wednesday, April 15th, CSD officers stopped a vehicle for traffic violations in the 2900-block of Blackwood Street. The vehicle was occupied by two men. CSD officers learned that the man in the driver’s seat was in breach of his probation and the officers placed him under arrest. The officers searched the vehicle and located a loaded imitation firearm and other weapons, including a knife, a collapsible baton, and bear spray.

The imitation firearm was a Glock style BB gun, powered by an air cartridge. A photograph of the seized weapons is below. 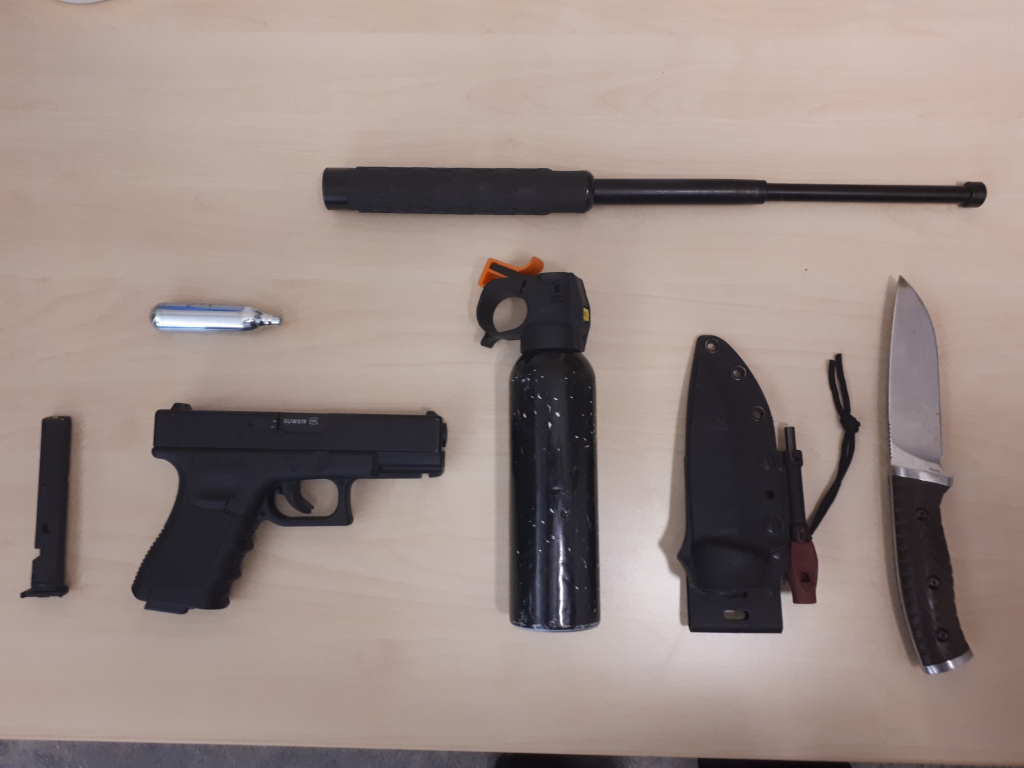