Victoria, BC – A Community Services Division (CSD) officer arrested one woman and seized weapons and a stolen bike on Saturday evening.

At approximately 5:30 p.m. on April 18th, a CSD officer on patrol in Topaz Park observed a woman in possession of a bike that was stolen the previous day during a break and enter in Saanich. The bike, a purple Juliana Joplin full suspension mountain bike, was valued at approximately $8,000. The woman did not have a lawful reason for being in possession of the stolen bike.

The bike was returned to the owner. 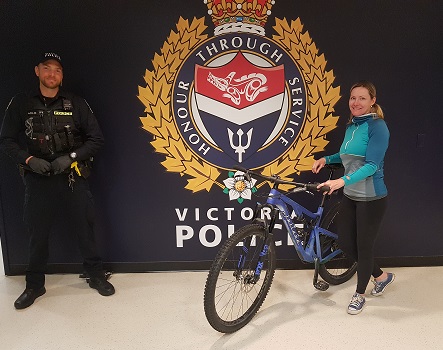