Is This Your Folding Bike? Strike Force Seeks Rightful Owners of Stolen Property

Victoria, BC- Strike Force officers are working to reunite stolen property with its rightful owners after executing a search warrant at a suite in a multi-unit residential building in the 400-block of Swift Street on Thursday, April 23rd.

Members of the Greater Victoria Emergency Response Team (GVERT) assisted Strike Force officers and made entrance to the unit during the execution of the search warrant. GVERT officers took one person into custody without incident. There were no injuries in the arrest. Once the suite was cleared, Strike Force officers located and seized large amounts of stolen property, including tools, guitars, and a unique bicycle. 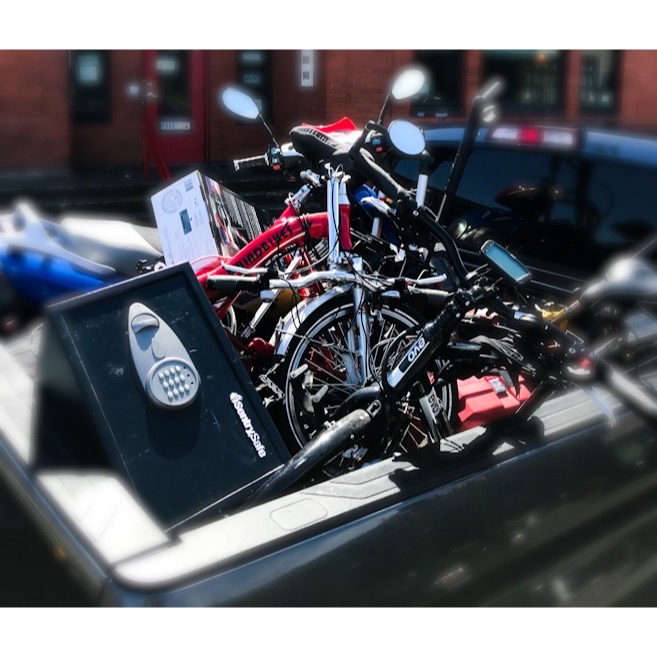 Many stolen items were recovered.

Officers are looking to reunite items with their rightful owners as they continue their investigation.

The bicycle is described as a red “e wing” L folding bike. A photograph of the bike is below. 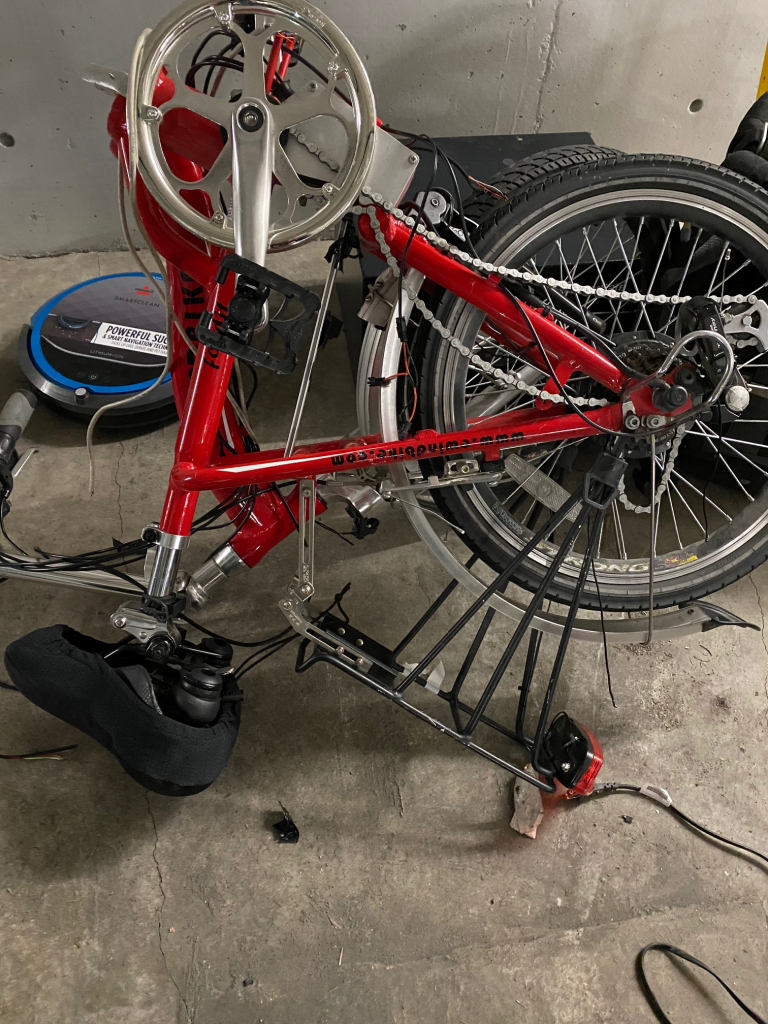 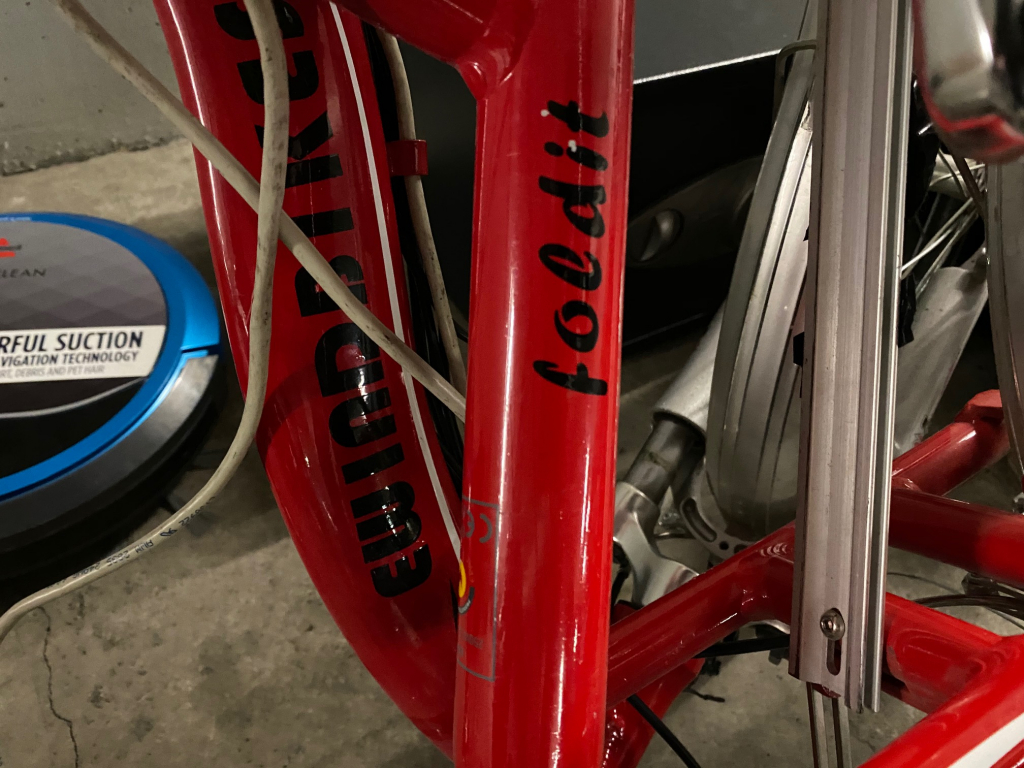 Is this your e wind folding bike?

Additionally, officers are looking to identify the owners of these distinctive guitars as well as the black, Evo bike. 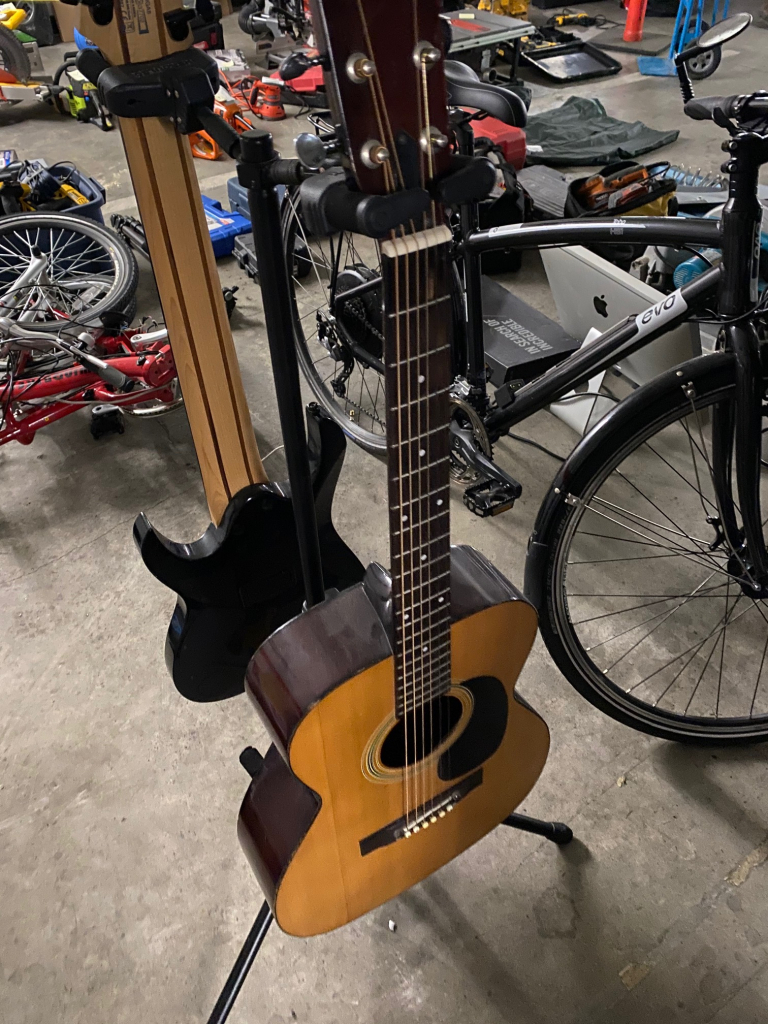 Do you recognize this guitar, or this bike?

Some of the items recovered included tools stolen from businesses which had labelled them. Strike Force officers have been able to return some of the recovered items to their rightful owners already. In some cases, the owners did not yet know the items had been stolen. 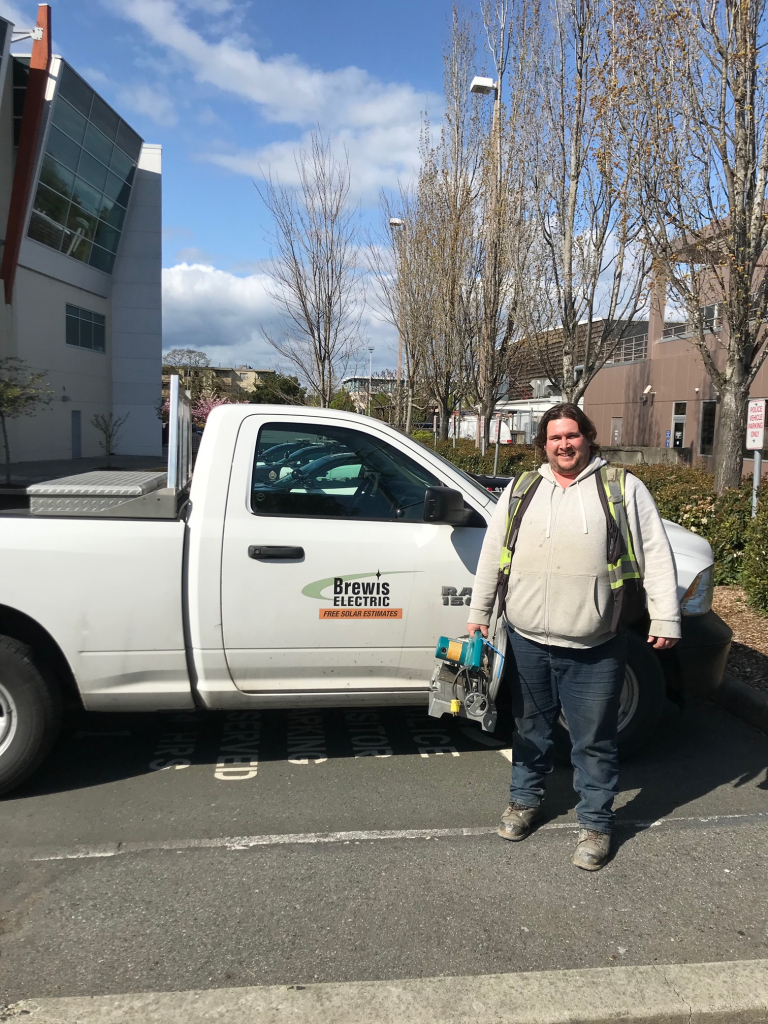 Strike Force officers have already reunited some of the seized items with their rightful owners.

If you recognize the stolen bikes, guitars, or other property, please call our non-emergency line at (250) 995-7654 and select option 1.