Victoria, BC – Two people were arrested and stolen property including bicycles, electric bicycles and tools were seized as VicPD’s Strike Force executed two search warrants today. These search warrants and the process behind them were live tweeted to bring members of our community along with our officers as they work to reduce an unprecedented spike in property crime.

Acting on information from the public, Strike Force officers learned that occupants of two separate suites were in possession of stolen property. They sought and received judicial authorization for the search warrant.

Strike Force officers worked with members of the Greater Victoria Emergency Response Team (GVERT) and Patrol officers as they executed search warrants at the two suites in a multi-unit residential building in the 700-block of Queens Avenue today. 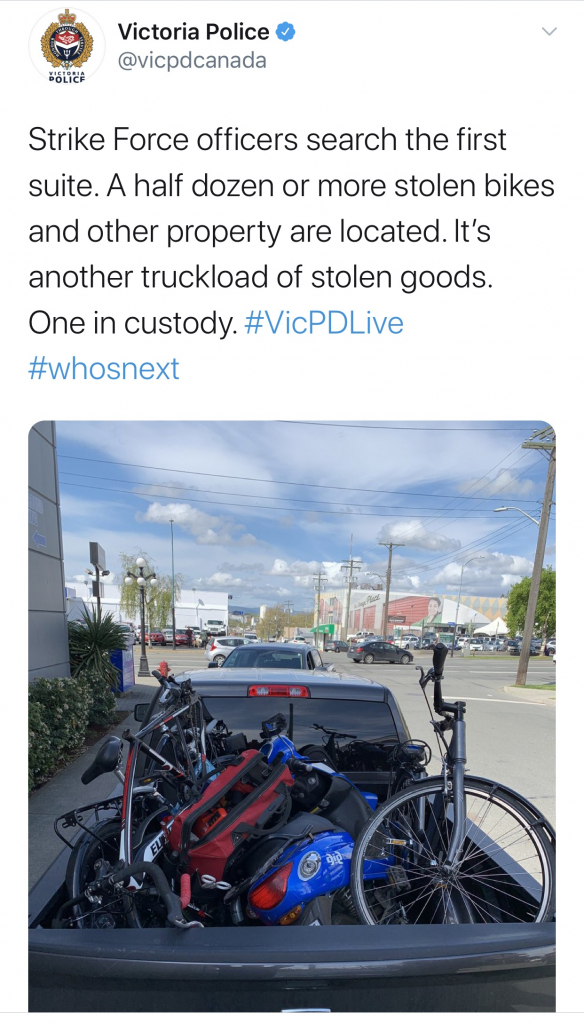 Stolen property, including bicycles, electric bicycles and tools were seized.

Strike Force officers continue to process the exhibits and will work to return stolen property seized to its’ rightful owners.