Victoria, BC – A man and woman are being sought after Strike Force officers seized multi-coloured, branded drugs as they conducted an investigation into a stolen property and drug trafficking operation.

In mid-April, Strike Force officers, acting on tips from the public, began the investigation into drug and stolen property trafficking out of a suite in a house in the 1100-block of Kings Road. As officers were conducting their investigation, the two suspects – a man and a woman – moved to a multi-unit residential building in the 3200-block of Quadra Street. The investigation continued at the new location, showing that the drug trafficking operation was continuing at the new location.

On April 30, 2020, Strike Force officers, working with the Greater Victoria Emergency Response Team (GVERT) and Saanich Police Department officers, conducted a search warrant at the multi-unit residential building in the 3200-block of Quadra Street. While the suspects were not in the suite, the officers’ search warrant was successful. Strike Force officers located significant amounts of drugs including methamphetamine, cocaine, psilocybin, and fentanyl. Officers noted that the drug traffickers had colour-coded their drugs, essentially branding their product.

Photographs of some of the seized drugs and imitation firearms are below. 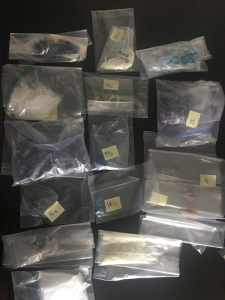 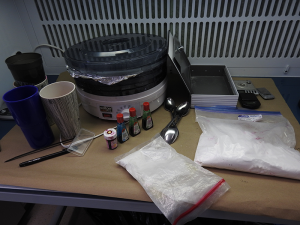 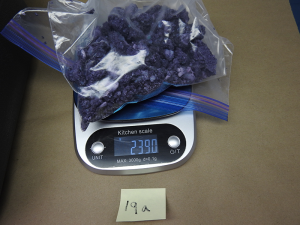 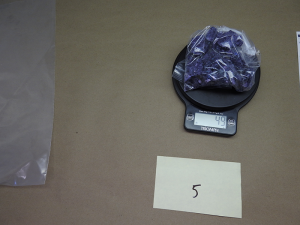 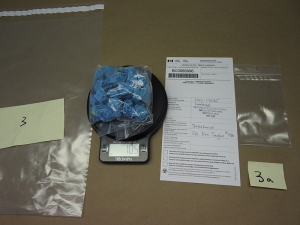 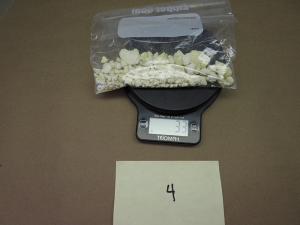 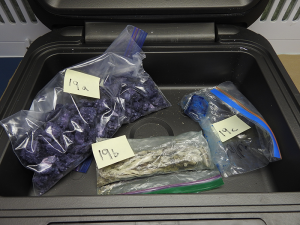 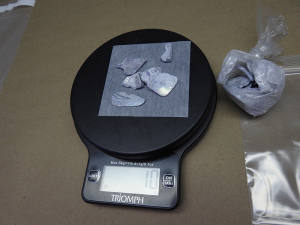 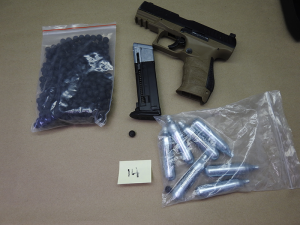 Four charges are being recommended against a Victoria man and woman. The man also faces additional recommended charges for violating court-ordered conditions. Both are believed to be evading police and warrants for their arrest are being sought.