Victoria, BC – A man was taken into custody and a loaded handgun seized after officers, serving in a special duty function, conducted an impaired driving investigation last night. These officers were deployed as part of our response to rising property crime in the Burnside Gorge neighbourhood and to concerns in the Topaz Park area.

At approximately 10 p.m. last night, officers spotted a vehicle driving erratically after failing to stop for a traffic control device in the 2900-block of Douglas Street. Officers pulled over the vehicle and immediately noted evidence that the driver was impaired by drugs. The driver was taken into custody and searched. The search revealed a loaded handgun in his pocket. 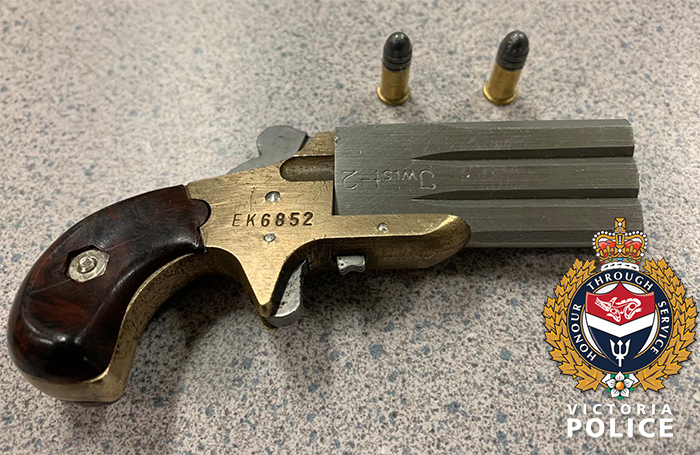 The driver initially tried to convince the officer who discovered the handgun that it was a lighter. An additional search of the vehicle revealed stolen property. The driver was arrested and also issued a 24-hour driving prohibition. This file remains under investigation.