Zulu
Home/News Releases/Do You Know This Suspect In A Random Assault?

Do You Know This Suspect In A Random Assault?

Victoria, BC – Patrol officers are looking for your assistance in identifying the suspect in a random assault downtown that left a man with non-life-threatening injuries.

Patrol officers were called to a restaurant in the 1200-block of Wharf Street just before 6:30 p.m. on June 7th for a report that a man had been assaulted outside. The investigation revealed that the victim had been struck and pushed to the ground by a man he did not know. He received non-life-threatening injuries in the attack. The suspect was captured on surveillance video.

The suspect is described as a Caucasian man, between 30 and 40 years-old with a heavier build. He has brown hair, short on the sides and longer on top, styled to the right and a short beard. He was wearing a black “Nike” brand t-shirt , white shorts and black sandals. An image of the suspect is below. 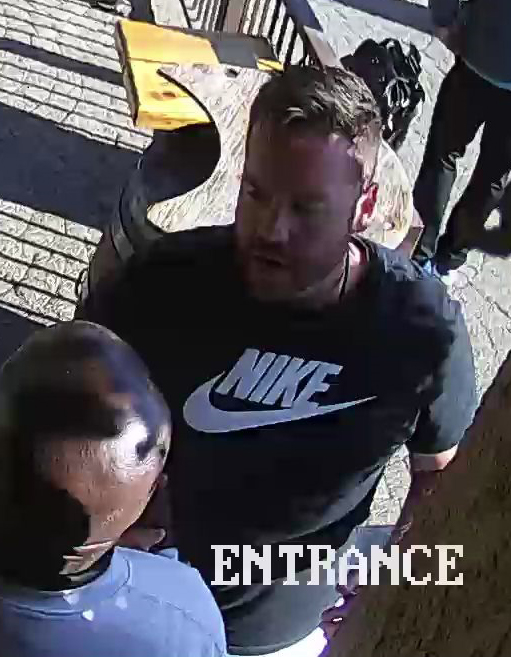 If you recognize this suspect, are one of the people officers are hoping to speak with, or have information about this incident, please call our non-emergency line at (250) 995-7654 and select option 1 for the report desk. To report what you know anonymously, please call Greater Victoria Crime Stoppers at 1-800-222-8477.