Victoria, BC – Patrol officers seized a replica handgun and two knives during their arrest of a wanted man.

Patrol officers spotted a wanted man in the 400-block of Gorge Road East as they were conducting proactive patrols in the Burnside Gorge neighbourhood just before 4 p.m. yesterday. The man was wanted in connection to a West Shore RCMP file where he fled from police. As officers searched the man, they discovered two knives and a replica handgun. Photographs of the seized weapons are below. 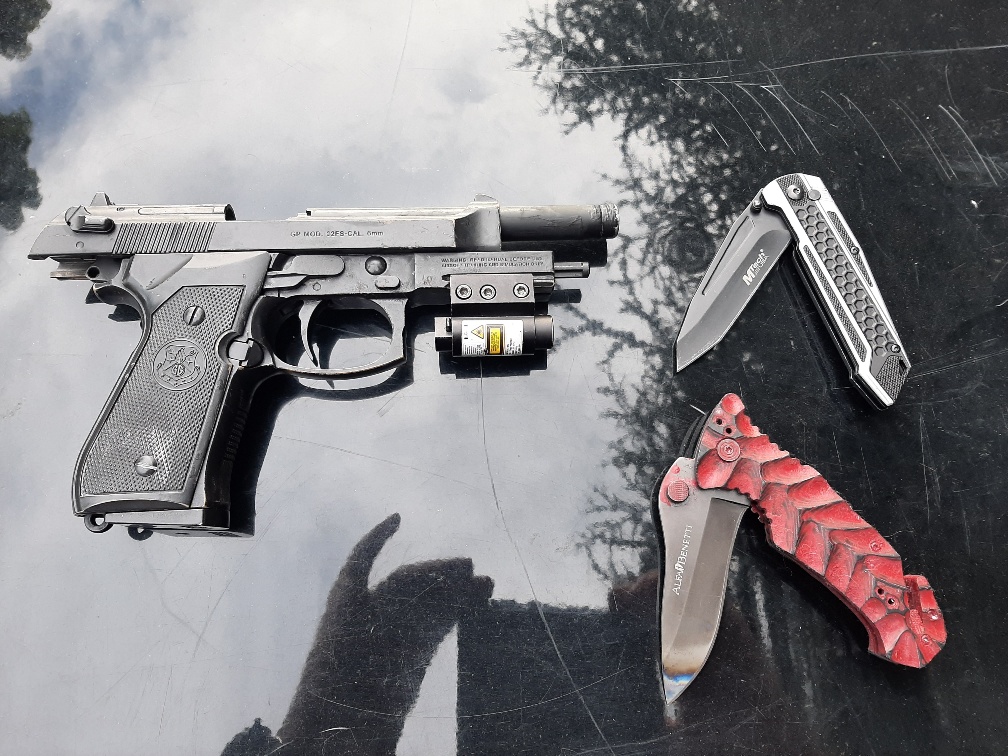 The man was transported to West Shore RCMP for their file and held for morning court.