Victoria, BC – Investigators are asking for your help as we work to identify a potential suspect in a hate crime involving an assault with a weapon that left a man with non-life-threatening injuries.

On June 24th, just after 1 a.m., Patrol officers were called to the 1300-block of Douglas Street for a report of an assault with a weapon. When they arrived, they located a man with non-life-threatening injuries. Witnesses to the incident reported that the victim had been assaulted, and struck over the head with a bottle, by a man he did not know. Witnesses reported that the suspect was yelling derogatory terms regarding the victim’s sexual orientation during the assault. The suspect then fled the scene with a small group. Officers were unable to locate the suspect or the group, despite searching the area.

The suspect is described as a Caucasian man, with blond hair, a black baseball hat, a grey hoodie and black pants. An image of the suspect was captured on nearby surveillance and is below. 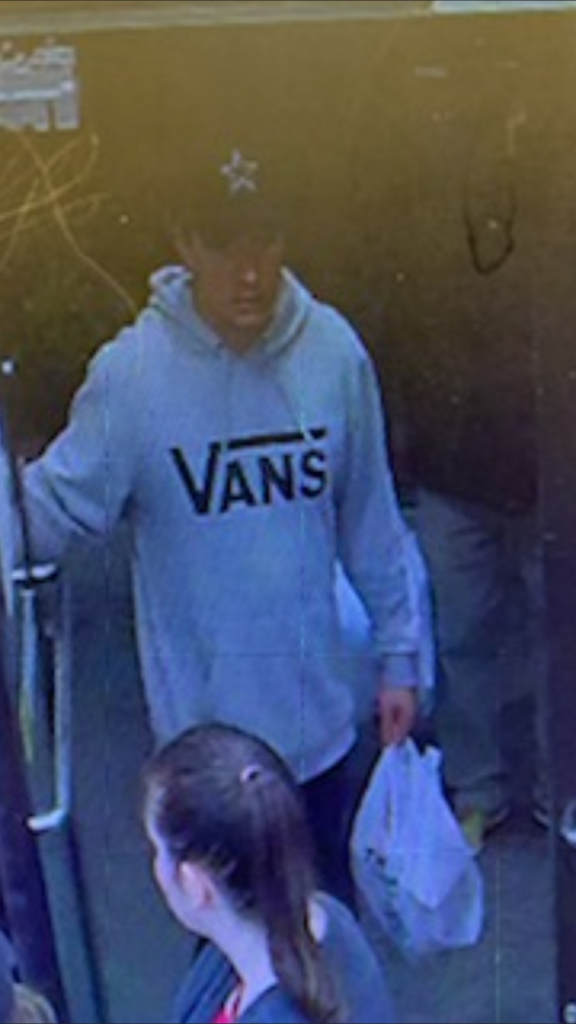 The victim was transported to hospital for treatment for his injuries.

If you recognize this suspect, or have information about this incident and have not yet spoken to police, please call (250) 995-7654, extension 1. To report what you know anonymously, please call Greater Victoria Crime Stoppers at 1-800-222-8477.