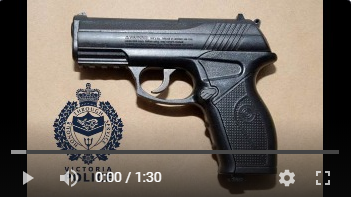 Shortly after 2:45 p.m. on July 29th Patrol officers were called to Victoria’s City Hall at 1 Centennial Square for a report that a staff member had returned to their desk to discover damage to an office window. The damage was consistent with a projectile having been fired at the window from outside. The staff member was not physically injured in the incident.

Officers from VicPD’s Forensic Identification Services (FIS) and Major Crime Unit (MCU) also responded. Evidence at the scene indicated that the window was most likely damaged by a compressed-air style air gun, such as a pellet gun.

During the course of the first investigation, ISD detectives learned of a second pellet gun shooting in Centennial Square. On July 31st, Patrol officers received a report that multiple windows at the McPherson Playhouse, located at 3 Centennial Square, were damaged by a suspected air gun shooting. The damage is believed to have occurred sometime in the week of July 25th. The cost of the damage to the McPherson Playhouse windows is reported to be several thousand dollars. This file remains under investigation and investigators are seeking witnesses with information about this second pellet gun shooting incident.

On Tuesday, August 4th ISD detectives seized a pellet gun suspected to be associated to both of these incidents from a person in Centennial Square. A photograph of the pellet gun is below. 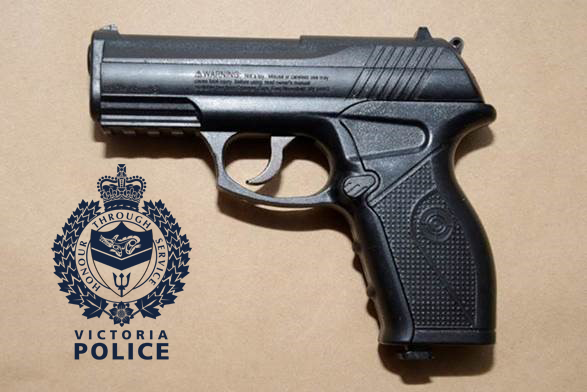 There have been no arrests to date.

Replica firearms continue to be used in crimes across Victoria and Esquimalt. From January to August of 2020, VicPD attended to 59 files involving replica firearms.