Victoria, BC – Patrol officers seized another realistic replica firearm as they responded to an unrelated call on Sunday, August 9th. 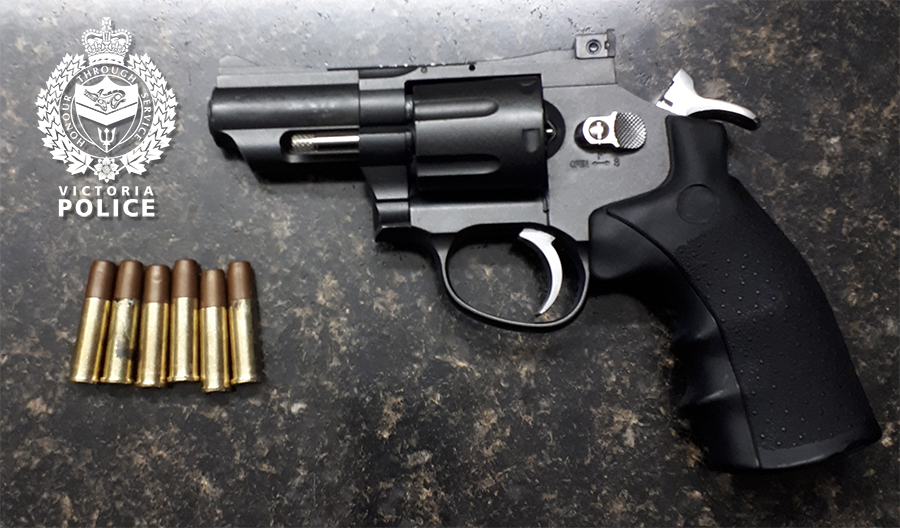 Just before noon on August 9th, Patrol officers were at a multi-unit temporary housing facility in the 1900-block of Douglas Street for an unrelated matter when they were approached by a person who told them that a resident had a handgun in his room. Patrol officers attended the man’s room and spoke to him.

As officers spoke to the man, they spotted the handgun in plain view and seized it.

Upon further examination, the handgun, and the “bullets” that accompanied it, were determined to be a functional replica.

There have been no arrests. This file remains under investigation.