Victoria, BC – A ball python, which was the subject of a public alert after it was reported missing on August 4th , has been located.

The snake originally went missing on July 2nd, but was not reported missing to VicPD until August 4th. It was reported missing in the area of the 200-block of Bay Street near the Galloping Goose Trail.

The four foot, five inch long ball python was spotted in the 1100 block of Richardson Street just before 6 p.m. this evening. Patrol officers attended and located the snake hiding under a vehicle. 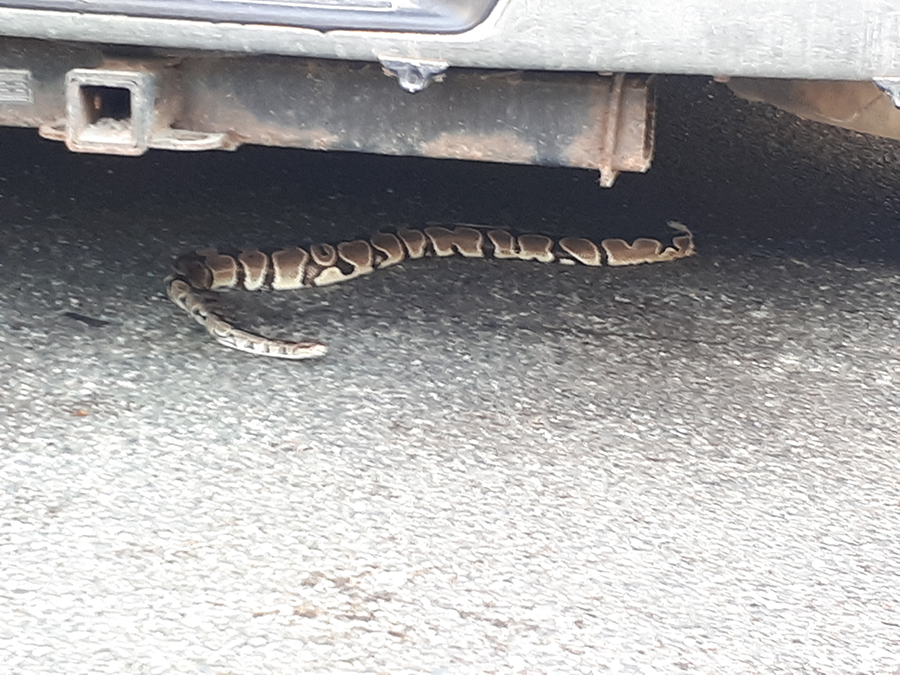 A Patrol officer who is familiar with snakes took the snake into custody without incident. 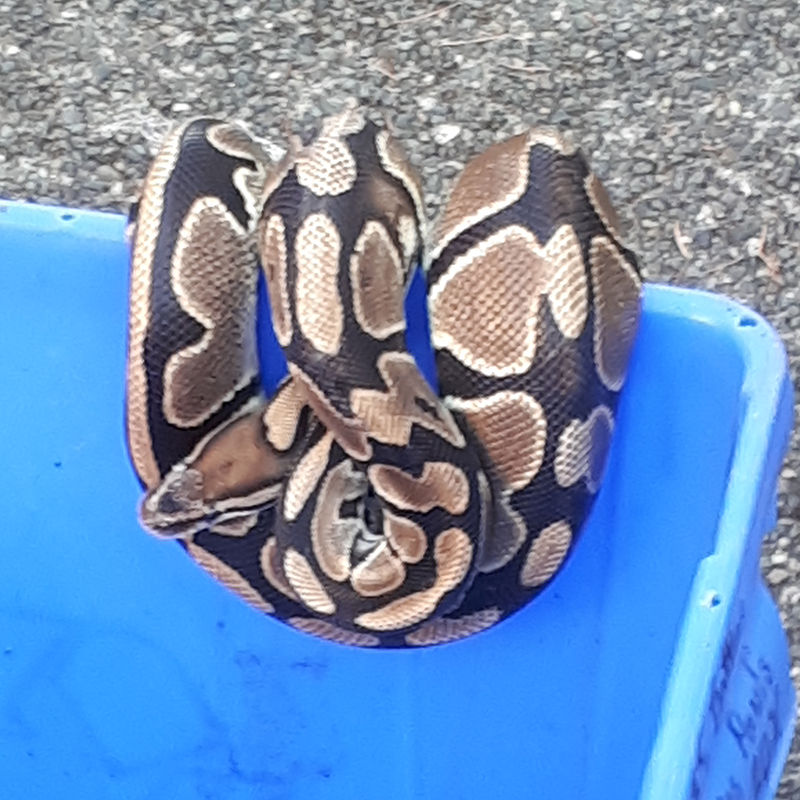 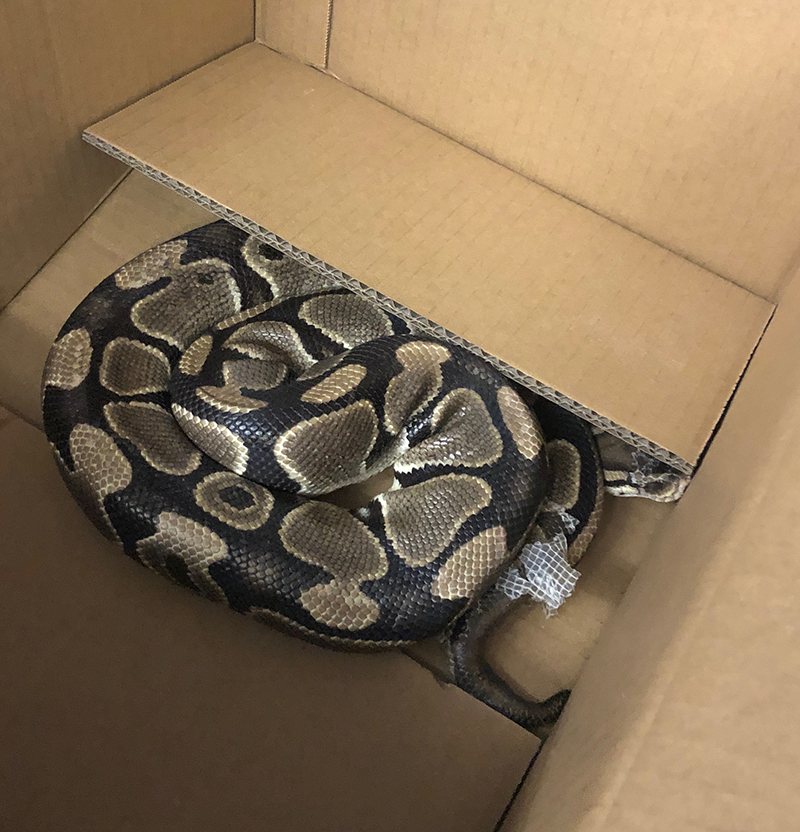 The snake has been transported to a veterinary hospital for assessment, but appears to be in good health.