Victoria, BC – A Victoria man faces charges after being arrested by VicPD’s Special Victims Unit (SVU) detectives yesterday as they investigate reports of sexualized violence during tattoo appointments in Victoria. 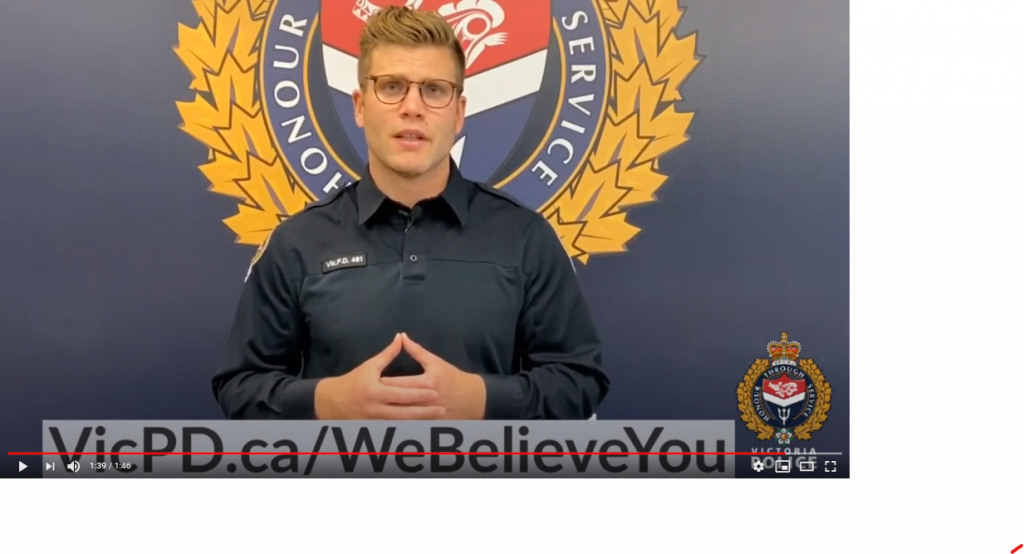 In July, SVU detectives began an investigation after a woman came forward to follow up on her 2019 report about a sexual assault which occurred during a tattoo appointment. Survivors of sexualized violence guide the process of our investigations and at that time, the woman did not choose to pursue a charge recommendation to Crown. After learning of social media reports about continued sexualized violence during tattoo appointments with the same man, the woman followed up and SVU detectives took additional investigative steps.

To date, detectives have identified several victims of sexual assaults, which were reported to have occurred during tattoo appointments at a business in the 500-block of Johnson Street. The investigation remains ongoing.

On August 19th, SVU detectives arrested David Samuel Hadden, a 36-year-old Victoria man, for these offences. Hadden was transported to cells and held for a court appearance. Hadden is charged with five counts of sexual assault. He was released with a future court date and conditions, including that he not perform tattoo services on any women.

We want everyone who has experienced sexualized violence to know that if you report what you’ve experienced to our SVU detectives, you will be listened to and you will be treated with respect. Your report can be for information only if you wish. Survivors of sexualized violence have the right to tell their story however they may choose. When you are ready, we are here to listen.

Also know that support is always available through the Victoria Sexual Assault Centre, the Men’s Trauma Centre, an emergency room, your family doctor, a counsellor and many other means. Some of those resources and supports are listed on this page on our website: vicpd.ca/webelieveyou.