Victoria, BC – Officers are warning the public after a man was pricked by an uncapped hypodermic needle in Beacon Hill Park last night.

At approximately 8:30 p.m. on August 23rd the man was walking on the chip trail in Beacon Hill Park, near Douglas Street and Avalon Road. The man stepped off the chip trail and onto a dirt area when he felt a pain in his foot. The man was pricked by an uncapped needle.

The man transported himself to hospital where he spoke with Patrol officers about the incident. A photograph of the needle is below. 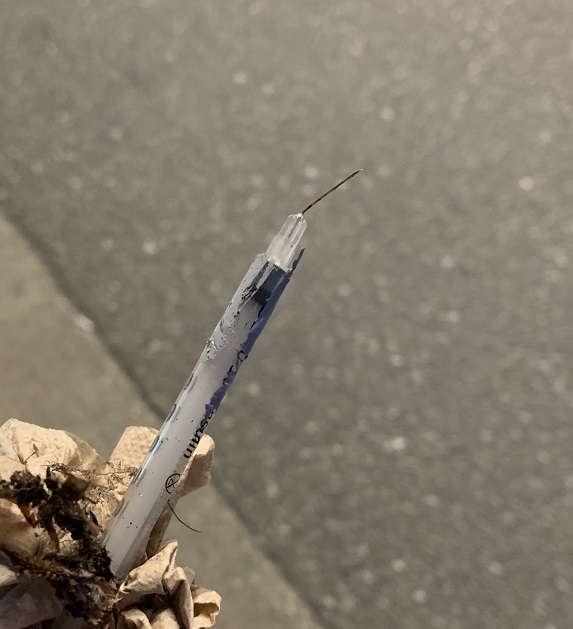 This warning comes just weeks after VicPD warned the public about a used, uncapped hypodermic needle secured to a railing in the park.

VicPD continues to deploy extra officers on special duty assignment to Beacon Hill Park and the Burnside Gorge neighbourhood to increase police visibility and engagement in those areas. For the month of August, officers will continue to maintain a consistent, high-visibility presence in these areas. The goal of this project is to respond to the concerns of residents and businesses that have been expressed to VicPD over the past few weeks.