UPDATE | 15 of the 17 people have been arrested on the outstanding warrants. The two men who remain outstanding are both wanted for trafficking fentanyl. 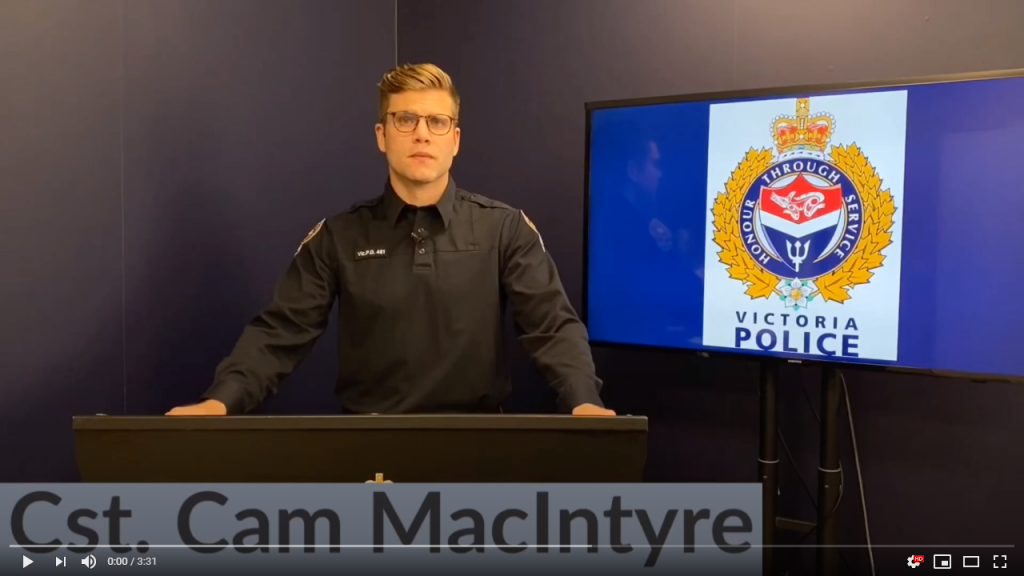 Officers were deployed in Centennial Square in response to increased violent crime linked to the drug trade in the area. The violent incidents included the shooting of City Hall windows with a compressed air gun, multiple assaults and two stabbings on August 10th.

Officers conducted surveillance throughout the operation. It was during this time that officers noted that at least one of the suspects left their residence, drove their vehicle to Centennial Square, and parked a block away. They then attended a tent in the square, which was set up to conduct drug trafficking. Additional surveillance led VicPD officers to stop a man who had entered Centennial Square with a concealed weapon. When officers spoke to the man, he remarked that he was armed with a concealed metal club as protection against the violence in Centennial Square.

Undercover officers reported that they themselves experienced threats of violence while working in Centennial Square.

Warrants for drug trafficking charges were issued for all 17 accused people in this investigation. To date, officers have arrested five of the accused.

Release stipulations will include conditions not to attend Centennial Square.

Twelve individuals remain wanted on outstanding warrants in relation to this investigation. An additional individual faces a robbery charge related to the investigation.

We will continue to update you on our efforts to locate and arrest those wanted on these warrants.