Victoria, BC – VicPD officers, including a GVERT member attached to a Patrol watch, located and seized two replica firearms in Beacon Hill Park this morning, during a search for a man reported to be in possession of firearm. The two seized replica firearms are believed to be unrelated to the original incident.

In the original incident, officers were called to the Cook Street side of Beacon Hill Park after a person called 911 around 9:00 a.m. this morning to report that a man had been seen in Beacon Hill Park loading a firearm. There was a significant time delay in the initial report reaching officers as the person who first spotted the man with the firearm called a staff member at their place of employment. The staff at the place of employment called police. Officers searched the park, but did not locate the man in the park. The search for the man remains underway.

While officers were searching the park, they located another man near a 12-foot utility trailer that was parked on the grass in the park. While officers spoke with this second man, they spotted a gun case in plain view in the trailer. They asked about the contents and the man disclosed that the case contained replica firearms. Photographs of the replica shotgun and rifle with scope are below. 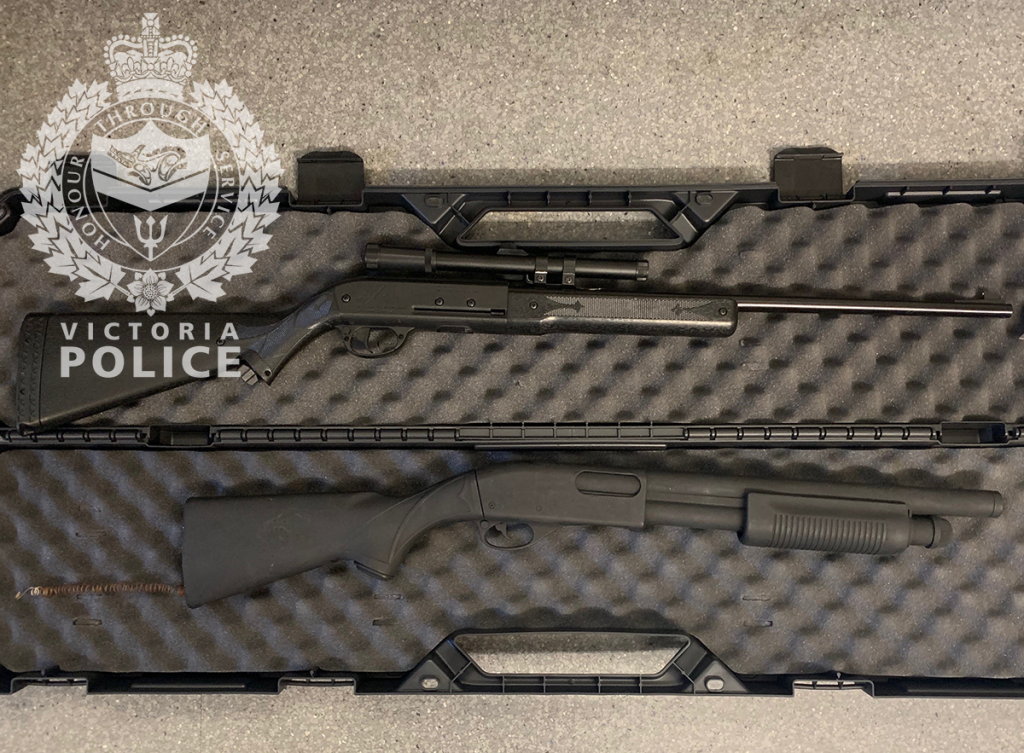 The second man had court-ordered conditions not to possess weapons. Officers seized the replica firearms for destruction.

Officers continue to search for the man from the original call.