Victoria, BC – Patrol officers seized another replica firearm, along with a throwing knife, as they conducted a drug investigation on Saturday.

Patrol officers arrested a male as part of a drug investigation just after 4:15 p.m. on Saturday afternoon. When officers searched the man, they discovered a throwing knife and a replica Glock pistol. The weapons were seized. A photograph of the seized pistol, placed next to an officer’s duty pistol is below. 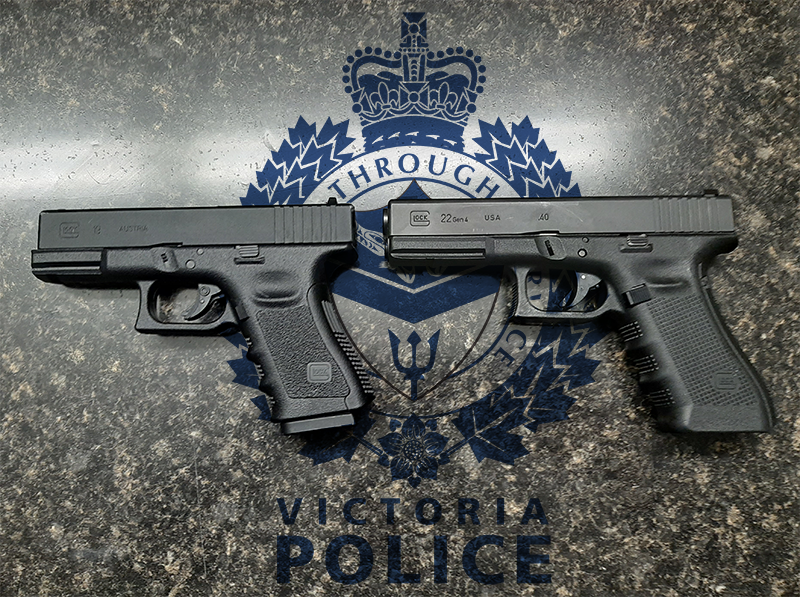 VicPD officers have seized over 60 replica firearms this year. Replica firearms, which include “Airsoft” guns, air-powered pellet guns and other replica firearms have been used in numerous offences this year. Their close resemblance to actual firearms, as well as their capacity to cause physical and psychological injury, remain an area of concern when used irresponsibly.

No charges have been sworn as this file remains under investigation.