Victoria, BC – Officers are warning the public after multiple used, uncapped hypodermic needles were found in Beacon Hill Park today. One of the needles was reported to have been placed on the ground with the intent to cause injury.

At approximately 11 a.m. this morning Patrol officers were called to Beacon Hill Park after City staff located approximately 40 used needles improperly disposed of in a garbage can. The garbage can was near a public washroom, near the corner of Dallas Road and Cook Street. Approximately 20 of these needles were uncapped.

An additional used, uncapped needle was found on the ground near the washrooms. The person who reported the incident to police believed that the needle was placed on the ground maliciously, as the plunger was withdrawn and buried in the dirt. The needle was disposed of properly by the time officers arrived.

A photograph of the needle found on the ground is below. 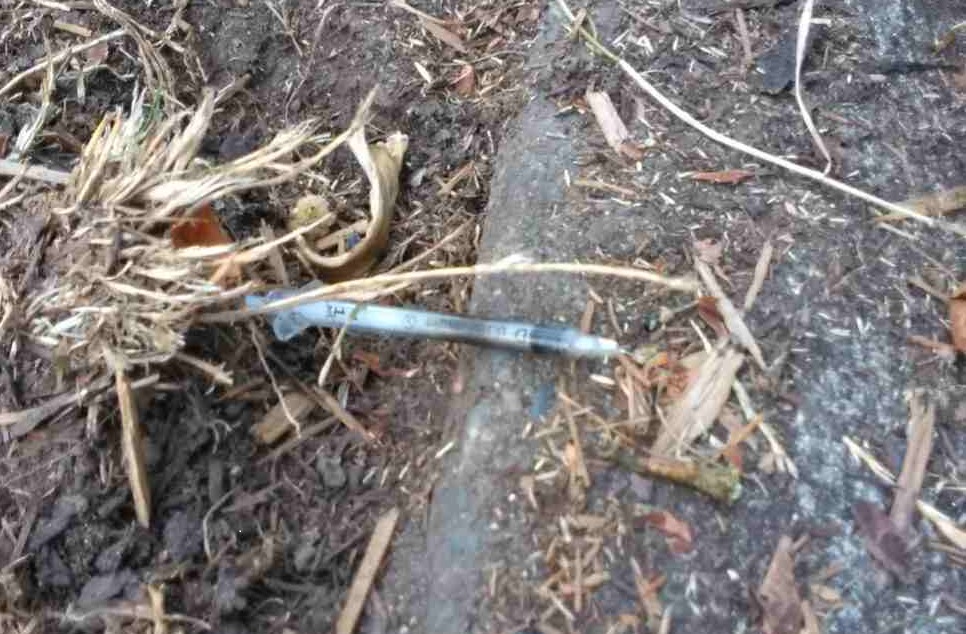 Officers are reminding the public to practice the safe disposal of hypodermic needles. All needles should be disposed of in an appropriate sharps container. If a discarded needle is located in a public space, contact the City of Victoria Public Works at 250-361-0400.

If you have information about this incident, you are asked to call the VicPD non-Emergency line at (250) 995-7654 and select option 1 for the report desk. To report what you know anonymously, please call Greater Victoria Crime Stoppers at 1-800-222-8477.