Victoria, BC – Officers are seeking a suspect and witnesses after an elderly woman was attacked from behind and robbed at an ATM.

The suspect is described as a Caucasian man, in his 30s, standing approximately 6 feet tall with a medium build and reddish brown hair. He was wearing a green sweatshirt, blue jeans and white sneakers. A photograph of the suspect is below. 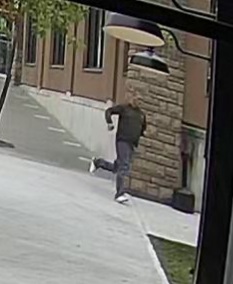 If you recognize this suspect, please call our non-emergency line at (250) 995-7654 and select extension 1 for our Report Desk. To report what you know anonymously, please call Greater Victoria Crime Stoppers at 1-800-222-8477.