Victoria, BC – A suspect has been arrested as officers continue to investigate a daylight robbery in which an elderly woman was attacked from behind and robbed at an ATM on Sunday, September 13th. Investigators are asking additional witnesses who can confirm the suspect’s identity to come forward.

New photos of the suspect were released last night. Based on tips from the public, who saw the photos on social media and in newscasts, officers identified and located a suspect in Esquimalt. He was arrested without incident late last night and returned to cells. He is being held for morning court.

Although a suspect has been arrested, investigators are asking additional persons who may recognize this suspect to come forward.

The suspect is described as a Caucasian man, in his 30s, standing approximately 6 feet tall with a stocky build and stubble-length reddish brown hair. He was wearing a green long sleeve shirt with a downward pointing triangular shape on the back, blue jeans and white sneakers. New photos of the suspect, located as officers continued their investigation, are below. 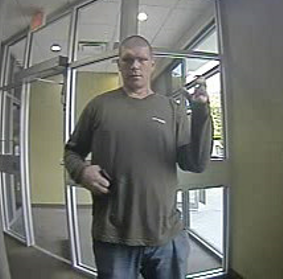 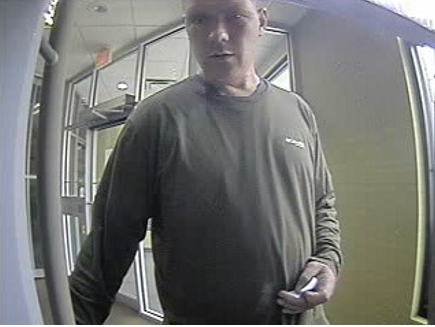 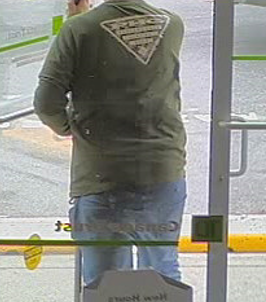 If you recognize this suspect and have not yet spoken with officers, please call our non-emergency line at (250) 995-7654 and select extension 1 for our Report Desk. To report what you know anonymously, please call Greater Victoria Crime Stoppers at 1-800-222-8477.