CORRECTION | Yesterday at 3 p.m. we posted a version of this release which inadvertently included personal identifiable information. Please use this release below and only these included images.

Victoria, BC – Drugs, including fentanyl, and weapons, including a realistic replica M4 carbine as well as several replica handguns, batons, a conductive energy weapon and a machete were seized as officers executed a search warrant as part of a drug trafficking investigation.

On October 5th, Community Services Division (CSD) officers arrested a man who was in possession of trafficking amounts of drugs, including cocaine and methamphetamine in the lobby of a multi-unit temporary housing facility in the 3000-block of Blanshard Street. CSD officers then locked down the man’s suite in the building and applied for a search warrant. They executed the search warrant on October 6th.

Officers searched the unit and discovered a large amount of drugs and weapons. The drugs include several hundred prescriptions including narcotics, methadone and other drugs belonging to people other than the unit occupant. 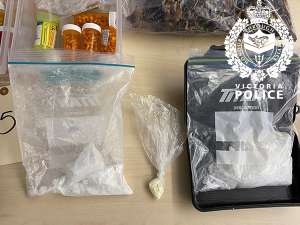 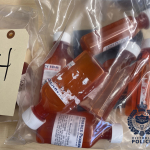 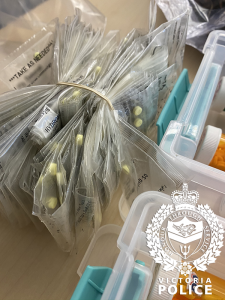 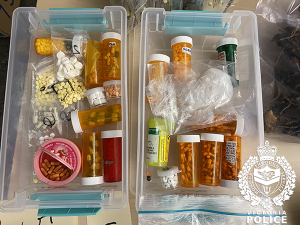 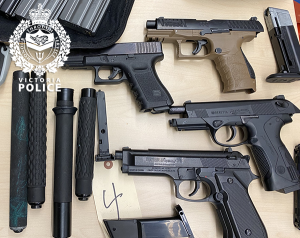 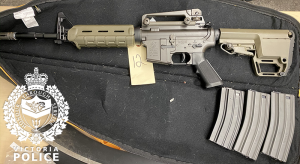 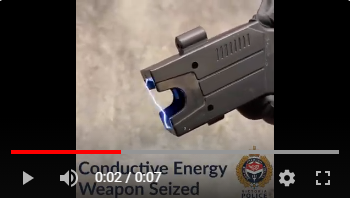