Victoria, BC – Two Blacktail bucks are free after a B.C. Conservation Officer Service officer and VicPD Patrol officers teamed up to rescue them while keeping bystanders safe after they became entangled in a fishing net and were spotted in Fairfield on Sunday.

Patrol officers were called to the intersection of Kipling and Richardson Streets just after 10 a.m. on Sunday for a report that two deer were in distress. When officers arrived, they discovered  two bucks entangled in a fishing net and dragging a large, wheelbarrow-sized piece of driftwood. The deer were surrounded by area residents who were observing the incident. 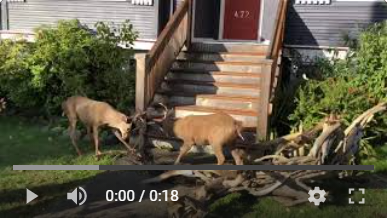 An officer with B.C.’s Conservation Officer Service arrived and the officers worked together to sedate and free the deer. At several points during the process officers had to remind curious bystanders to stay back to give the animals and officers room to work. The plan was successful and the deer were safely sedated and cut free of the fishing line. 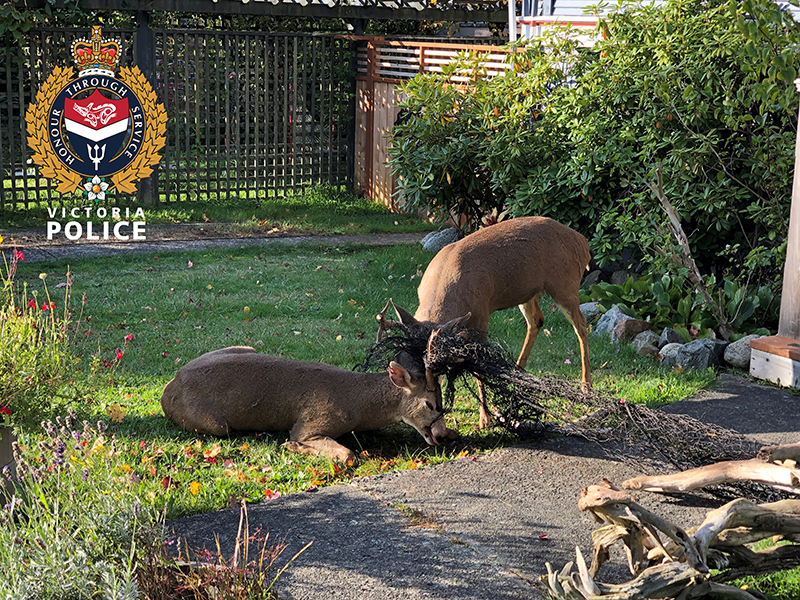 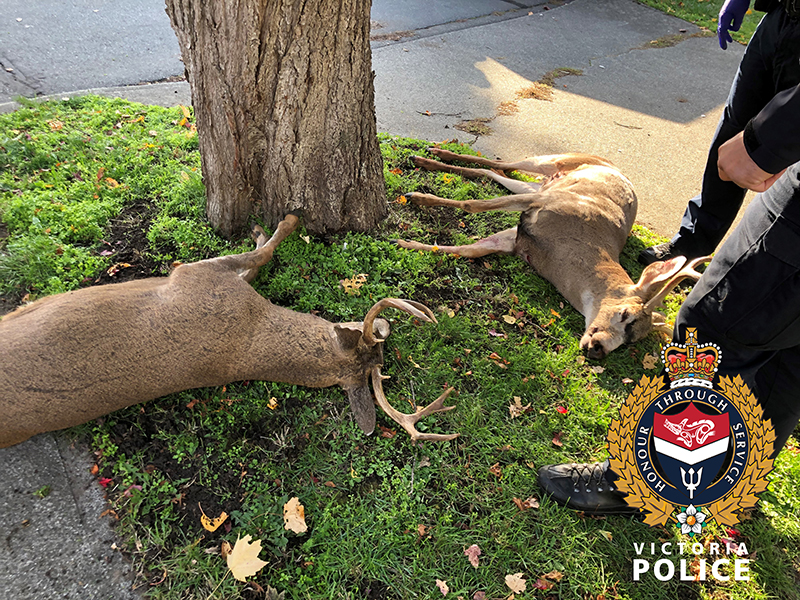 Officers utilized their Patrol van and the B.C. Conservation Officer Service’s truck to transport the two tranquilized bucks to a safe site away from urban areas. The bucks were safely released into the wild.