Victoria, BC – VicPD Inspector Michael Brown will be taking over leadership of our Esquimalt Division.

While he officially doesn’t take the reins until Inspector Keith Lindner retires on January 31st, Michael is already in the process of moving his office to the Esquimalt Division building. 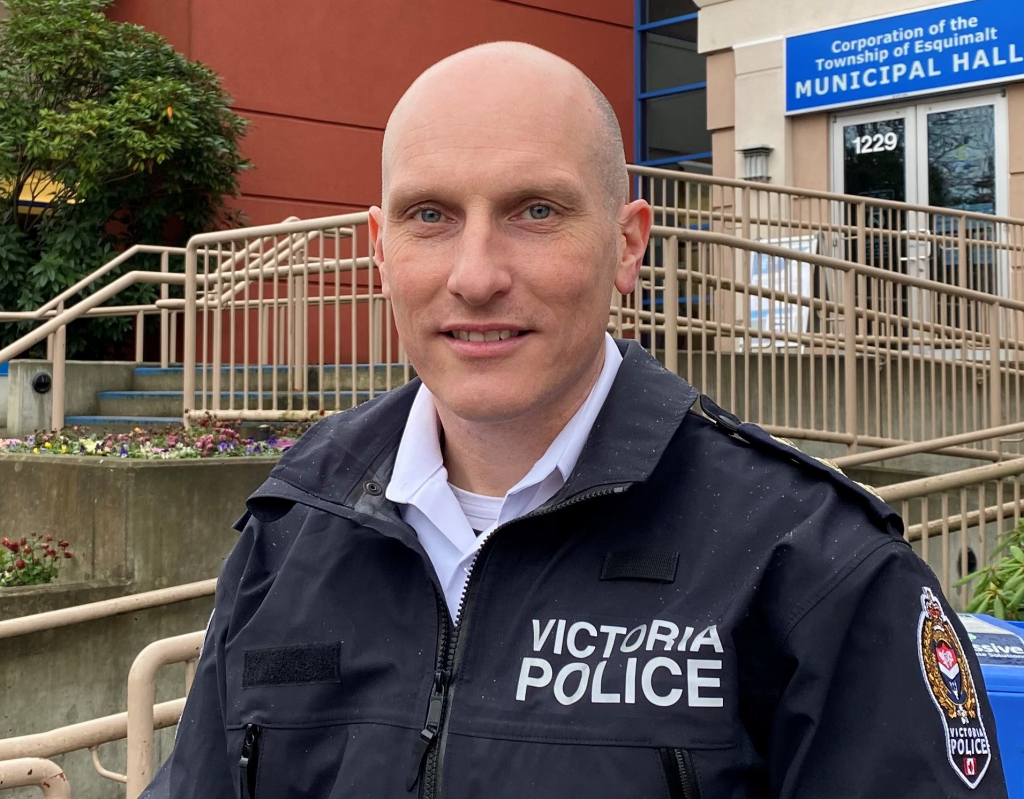 “Esquimalt is a unique and special community,” Inspector Michael Brown said. “It’s important to get a head start on being in place and immersed to build the relationships and friendships I’ll need to ensure that I’m serving the team and the Township.”

Michael brings extensive policing experience to the role. He started with VicPD’s Patrol division, first as a Constable and then later as a Patrol Sergeant and Watch Commander. He spent 12 years as a member of the Greater Victoria Emergency Response Team (GVERT) Tactical Unit with six years as team leader. He served in our Professional Standards Section (PSS) doing investigations and complaint resolution and most recently as the Officer In Charge of the Community Services Division.

Michael’s formative years were spent in Esquimalt. “Between my parents and my grandparents, I practically grew up in Saxe Point Park,” Michael Brown said. Both his sets of grandparents were proud Esquimalt military families, and Michael’s dad started with the Esquimalt Police and Fire Department in 1971. His dad was Chief when he passed away at a young age.

“The community rallied around my family,” Michael said. “I’m honoured to serve as the Officer in Charge of the Esquimalt Division.”

“Esquimalt is set to welcome Inspector Michael Brown, as VicPD passes the torch to him from Inspector Keith Lindner,” Esquimalt Mayor Barb Desjardins said. “Keith has really been part of our community. As he starts his well-earned retirement, one of the ways we can recognize his service to Esquimalt is to welcome Michael to it as warmly as we did Keith.”