Victoria, BC – Patrol officers arrested a man and seized drugs, knives, two firearms, and ammunition after a foot pursuit early this morning.

At approximately 12:30 a.m. this morning Patrol officers located a suspect in a drug trafficking investigation in the 700-block of Queens Avenue. The suspect fled from officers on a bicycle and a foot pursuit ensued. The patrol officer gave chase on foot and arrested the man in the 2300-block of Government Street.

Officers searched the man subsequent to the arrest and located quantities of methamphetamine and fentanyl, evidence of drug trafficking, knives, and two firearms with ammunition. The firearms were a .38 calibre revolver and a 9 mm rifle. The ammunition was for the 9 mm rifle.

Photographs of the knives and firearms are below. 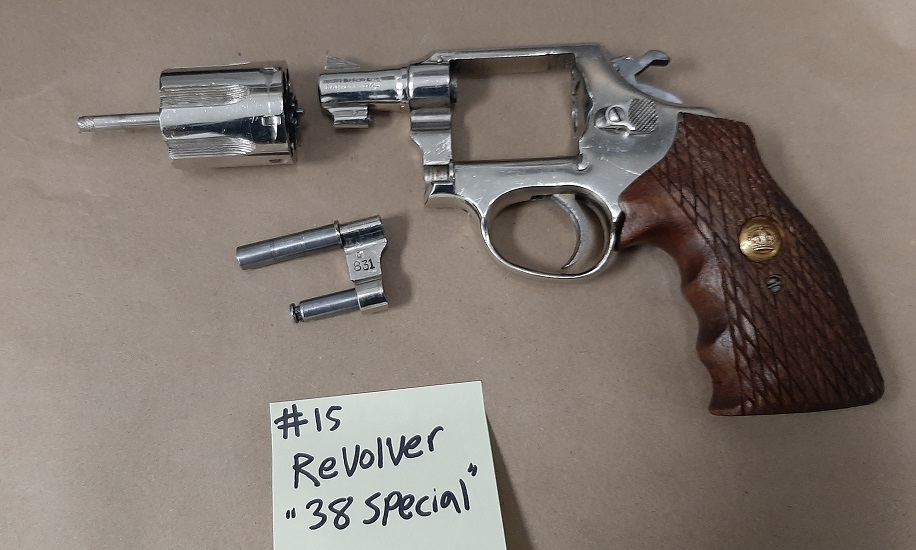 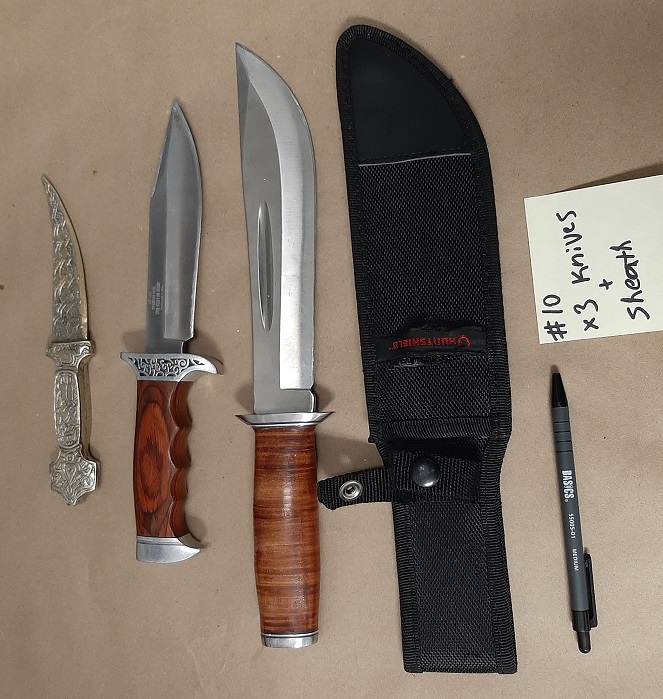 The suspect was transported to cells at VicPD where he was held to await court.