Victoria, BC – VicPD Police Service Dog Obi arrested a man after a track on Friday, December 4th after officers responded to a call about a man firing a gun into windows of parked cars.

Patrol and VicPD K9 officers responded to the area of Delta and Gamma streets just after 8 p.m. after a caller reported that they had seen a man firing a gun into windows of cars parked in the area. When officers arrived, they located two vehicles with window damage consistent with projectile weapons.

PSD Obi was deployed and, together with his handler, tracked the suspect to a nearby patch of blackberry bushes. The man was taken into custody with the assistance of Patrol officers. There were no injuries in the arrest or incident.

The man was searched and components of a compressed air pistol were located on his person. 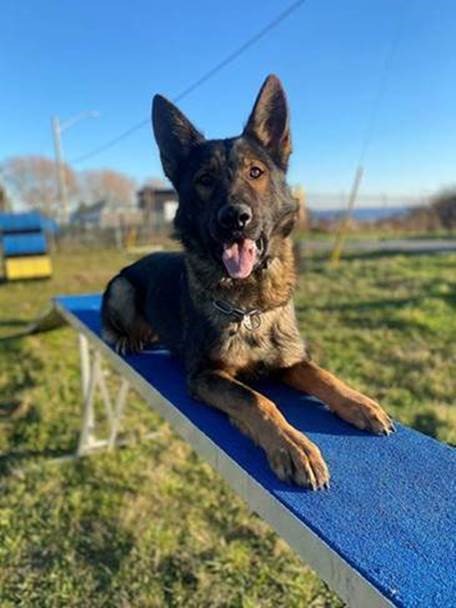 The man was released with a court date.