Victoria, BC – Patrol officers arrested a man and seized drugs, cash, and a loaded .22 calibre firearm during an investigation into a stolen bicycle early this morning.

At approximately 1:30 a.m. this morning Patrol officers stopped a man in possession of a stolen bicycle in a parking lot of a multi-unit temporary housing facility in the 3000-block of Blanshard Street. Officers arrested the man for possession of stolen property and searched him following the arrest.

During the search officers located significant quantities of drugs believed to be methamphetamine, fentanyl and crack cocaine. In addition, officers located and seized over $5,000 in cash, and a loaded .22 calibre pistol.

Photographs of the seized items are included below. 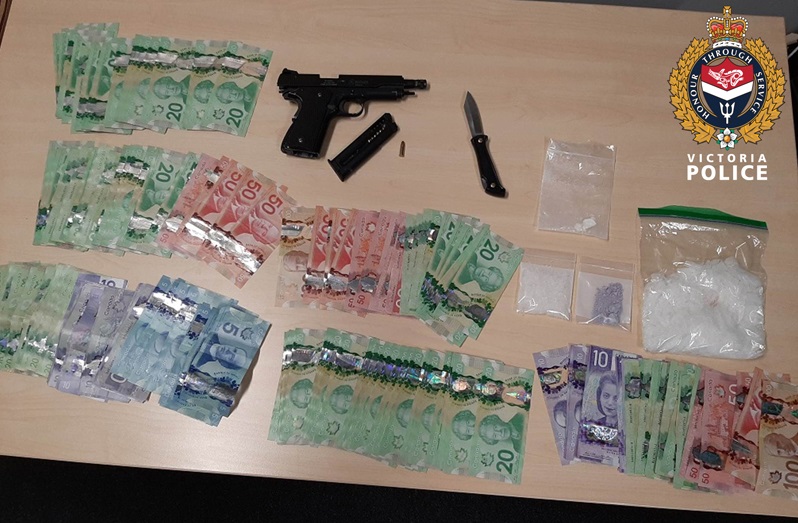 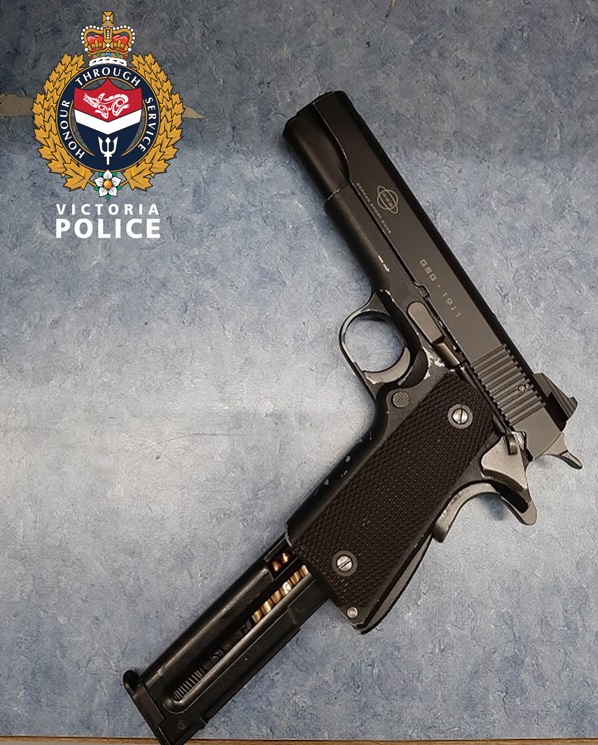 Officers transported the man to cells at VicPD where he was held to await court.

The man faces several recommended firearms and drug trafficking-related charges, as well as charges for possession of stolen property.