Victoria, BC – VicPD Patrol officers faced a busy New Year’s Eve, responding to 102 calls for service, including a call that led to a man being issued three different COVID-19 Related Measures Act (CRMA) tickets and an assault with a weapon in Beacon Hill Park.

Just after 1 a.m. a taxi driver called 911 to report that a man in their cab was refusing to wear a mask, touching the driver’s face, and belligerently refusing the driver’s requests for the passenger to adhere to CRMA guidelines. The taxi driver drove their cab to VicPD’s 850 Caledonia Avenue headquarters, where it was met by waiting Patrol and VicPD Traffic officers. The passenger refused to comply with officers’ demands he leave the vehicle. He was removed from the cab and taken into custody by the officers.

The man faces three CRMA fines, for failing to wear a facial covering, abusive or belligerent behavior, and failing to comply with the direction of an officer. Each of these fines is $230, for a total of $690. The passenger was also ticketed for being intoxicated in a public place and held in VicPD cells until sober. This is the largest number of CRMA fines issued to an individual by VicPD officers.

Officers responded to over a dozen reports of gatherings, including house parties and parties in hotel rooms. Where the reports were founded, officers attended and broke up the gatherings while informing participants of their responsibilities under the CRMA.

Just before 11 p.m., Patrol officers were flagged down by a couple who reported that they had been assaulted with a weapon by a man in Beacon Hill Park. The couple reported that they had attempted to sit on a bench in the park that was located next to some belongings and were then assaulted by a man who was nearby. Officers located the man and took him into custody without incident. He was transported to cells, where he was processed and released on an undertaking. The couple did not require medical attention. This file remains under investigation.

Officers continue to search for Christopher Wilson, a person of interest in a confirmed shots fired call who is considered armed and dangerous. 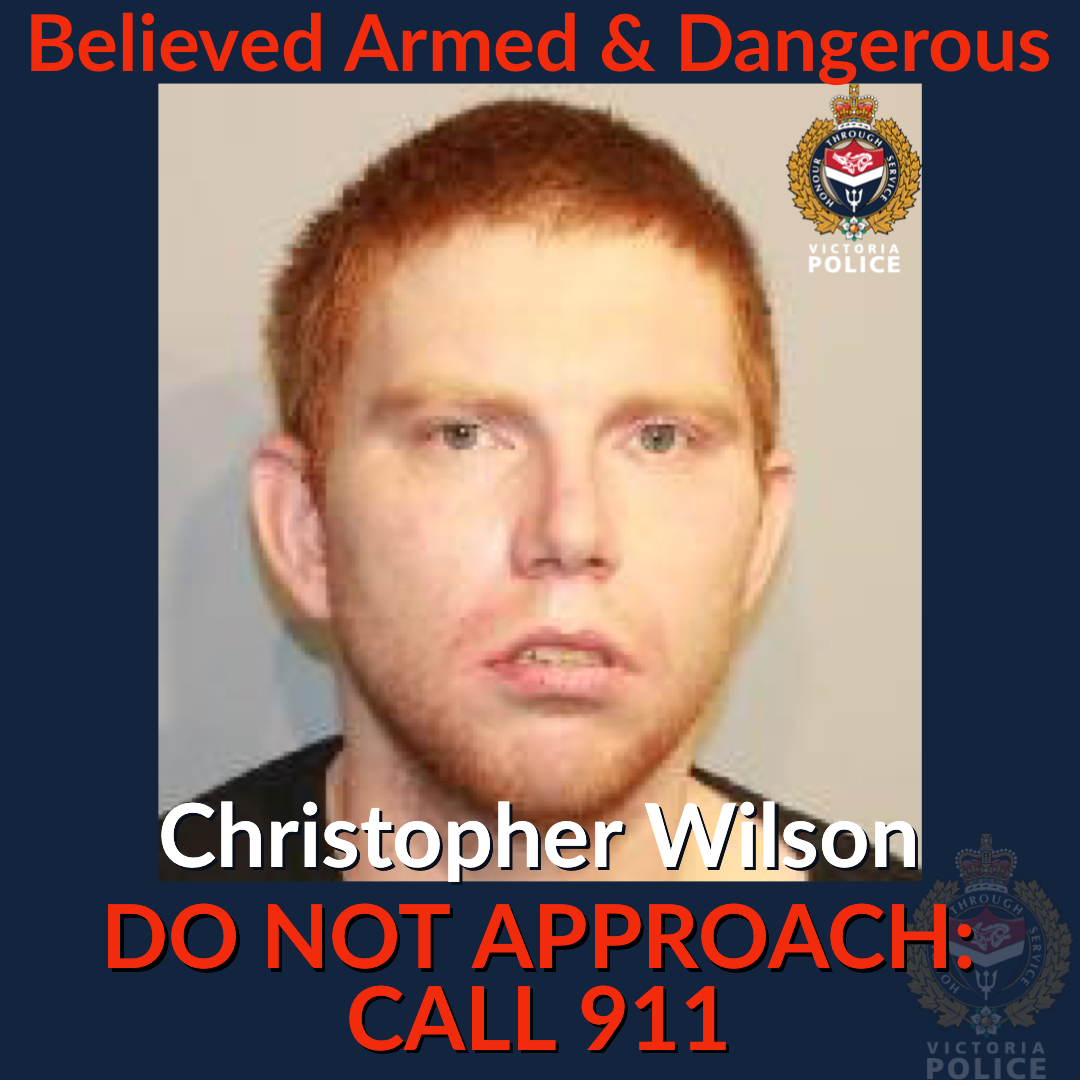 Christopher Wilson is a person of interest in a confirmed shots fired call which occurred at approximately 8 p.m. December 30th, 2020 in a multi-unit temporary residential housing facility in the 100-block of Gorge Road East. No one was physically injured in the incident and he fled before Patrol officers arrived.

If you see Christopher Wilson do not approach him. Call 911 immediately.