Victoria, BC – Patrol officers arrested a man early this morning after a mischief spree that resulted in the damage to several Victoria businesses. This man is believed to be the same suspect from an incident involving the theft of a Victoria Harbour ferry the previous morning.

At approximately 12:30 a.m. this morning Patrol officers attended a multi-unit residential building in the 1700-block of Cook Street for a report of an alarm. On scene officers discovered that the front door window had been smashed by a rock. Over the course of the next hour and a half, officers discovered several additional business locations where windows had been smashed by rocks or other items.

Shortly before 2 a.m. officers were alerted that a man was smashing windows at a restaurant in the 500-block of Pandora Avenue with a large wooden pole. The suspect fled the scene. Officers located and arrested the man in the 500-block of Yates Street.

Photos of some of the damage are below. 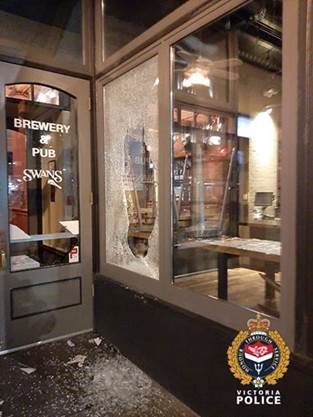 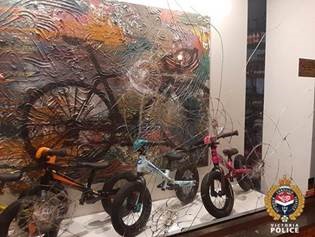 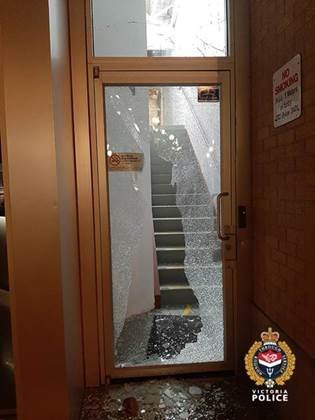 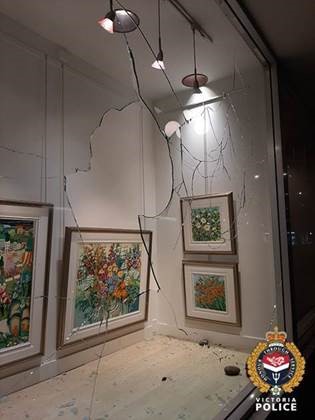 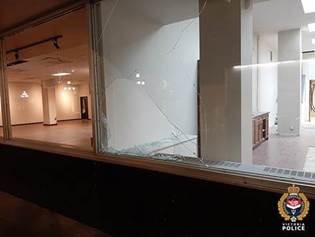 Officers believe there may be several additional locations that have been damaged and would like to hear from anyone who was impacted by this incident.

Officers transported the suspect to cells at VicPD where he was held to await court. The man faces several recommended charges of mischief and breach of an undertaking.

If you have information about these incidents, or were the victim of property damage, please call our Report Desk at (250) 995-7654, extension 1. To report what you know anonymously, please call Greater Victoria Crime Stoppers at 1-800-222-8477.