Victoria, BC – Video is now available as Patrol officers ask for your help as we work to identify a suspect in a “spitting assault” on a BC Transit operator.

The suspect is described as a young Caucasian woman, standing five feet, four inches tall with a slender build. She has medium-coloured long hair and was wearing a light grey sweatshirt and dark leggings. Video of the incident is below. The sound in the video has been edited as the suspect begins to verbally abuse the operator and the language is not appropriate for our social media channels. 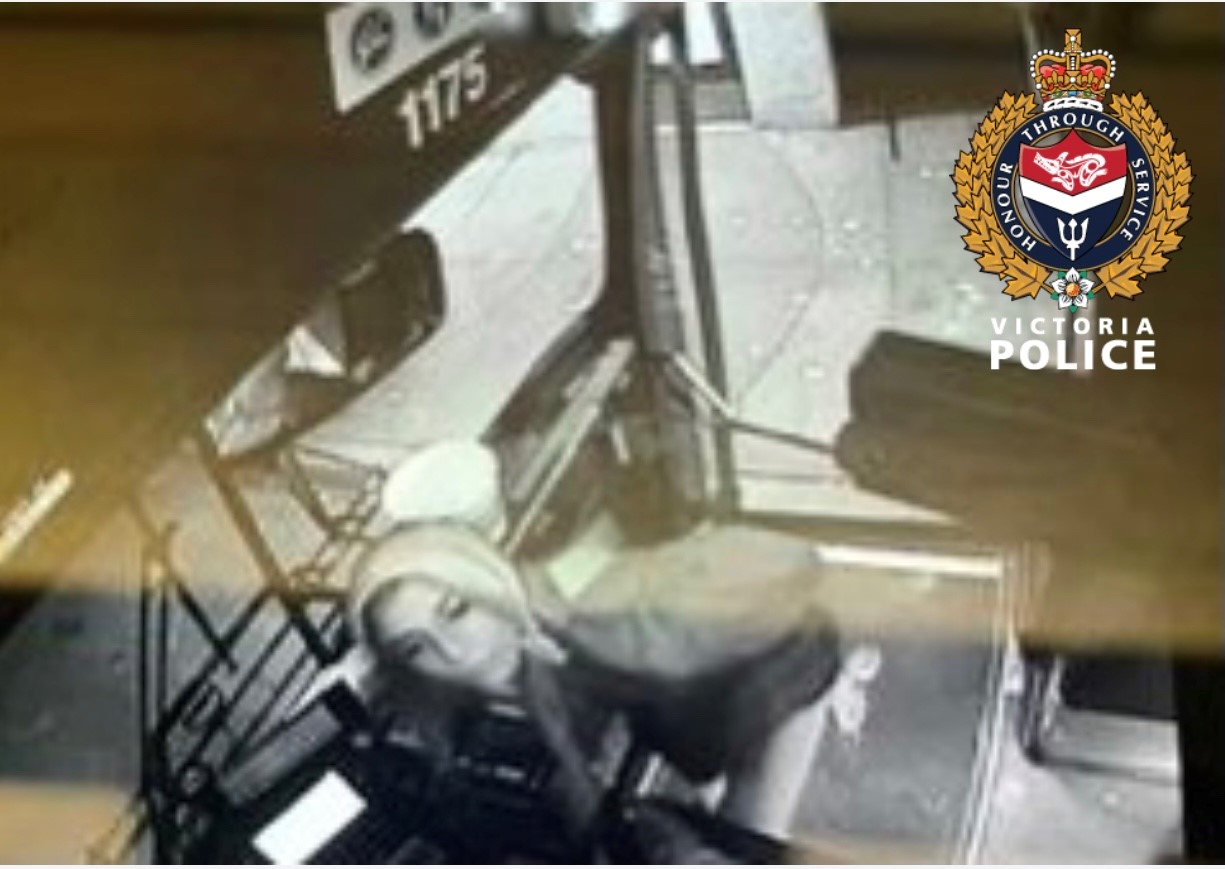 Please click in the image above to view video of the assault.

If you recognize this woman or have information about this incident, please call our Report Desk and (250) 995-7654, extension 1. To report what you know anonymously, please call Greater Victoria Crime Stoppers at 1-800-222-8477.