On Friday, January 28th, at approximately 3 p.m., officers attempted to execute a search warrant related to a drug trafficking investigation at a suite in a multi-unit temporary housing facility in the 100-block of Gorge Road East. Three occupants of the suite refused to cooperate with officers and barricaded themselves inside. GVERT and Crisis Negotiators worked to resolve the incident. After several hours, GVERT utilized a loud distraction device and arrested the occupants of the suite, two men and one woman, without further incident.

VicPD investigators searched the suite and seized several ounces of suspected fentanyl, crack cocaine, and methamphetamine, as well as weapons which included brass knuckles and firearms ammunition, and approximately $5,000 in cash.

A photograph of some of the seized items are included below. 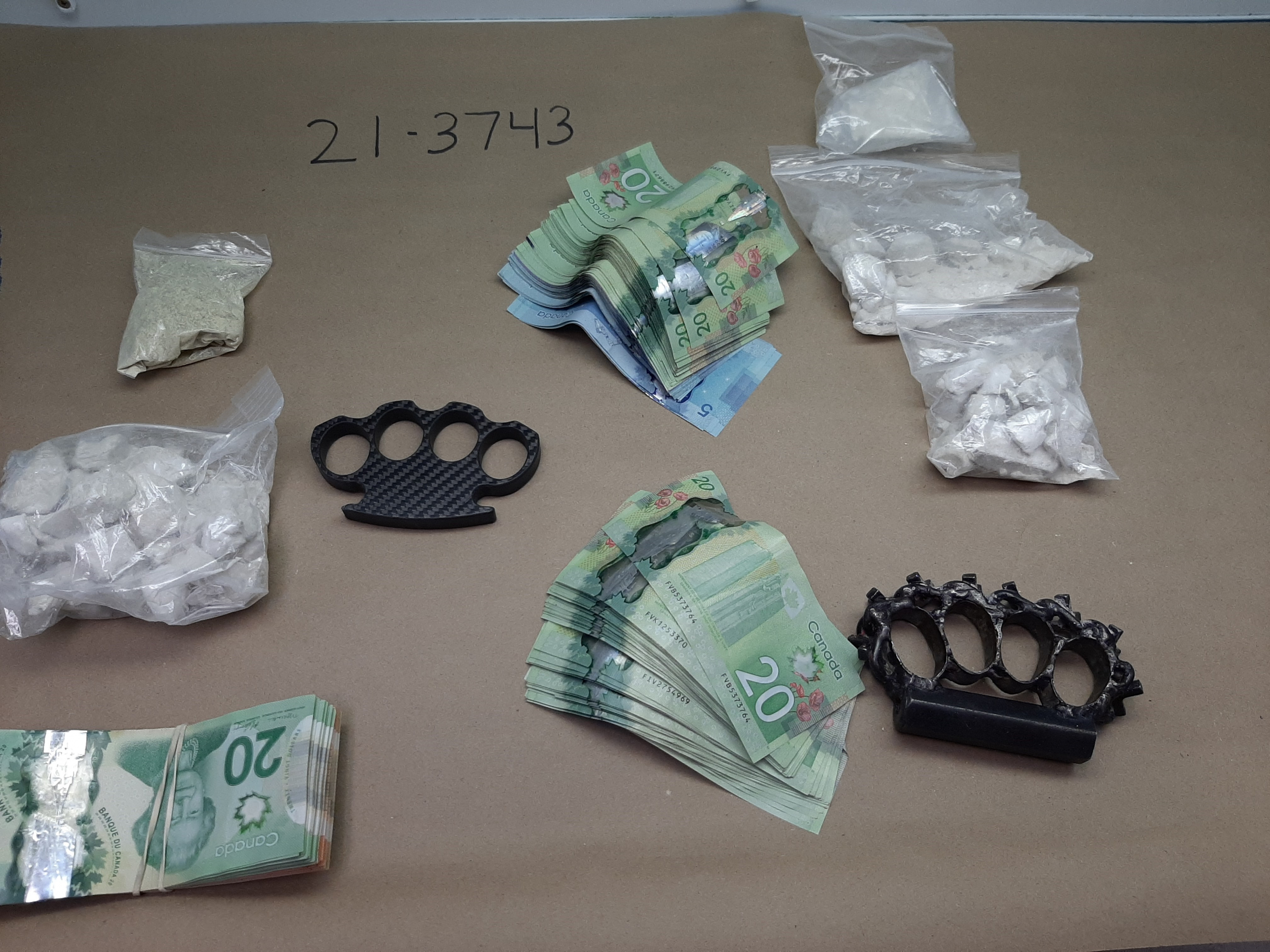 Officers will be recommending several charges of drug trafficking and weapons possession against the three accused in this investigation.