Victoria, BC – PSD Obi and VicPD Patrol officers teamed up early yesterday morning to take into custody a suspect in a reported robbery, marking the first arrest by the newly-announced Integrated Canine Service.

At approximately 1 a.m. on Tuesday, February 2nd, Patrol officers received a report of an attempted knifepoint robbery at a convenience store in the 1300-block of Douglas Street. The suspect was reported to have brandished a knife and demanded cigarettes from staff before fleeing the scene. The same suspect had been in the store just 30 minutes prior to this incident, and was reported to have stolen a number of items.

Patrol officers attended to the area immediately and, based on a description provided by witnesses, located the suspect in the 700-block of Johnson Street. Initially, the suspect refused to comply with the direction of the officers. However, PSD Obi and his ICS handler attended the scene and the suspect quickly complied with police direction. Officers took the man into custody without incident. No one was injured in the arrest.

In addition, the suspect was arrested on an outstanding unendorsed warrant for an indecent act which occurred in Vancouver. Officers transported the man to cells at VicPD where he was held in custody. 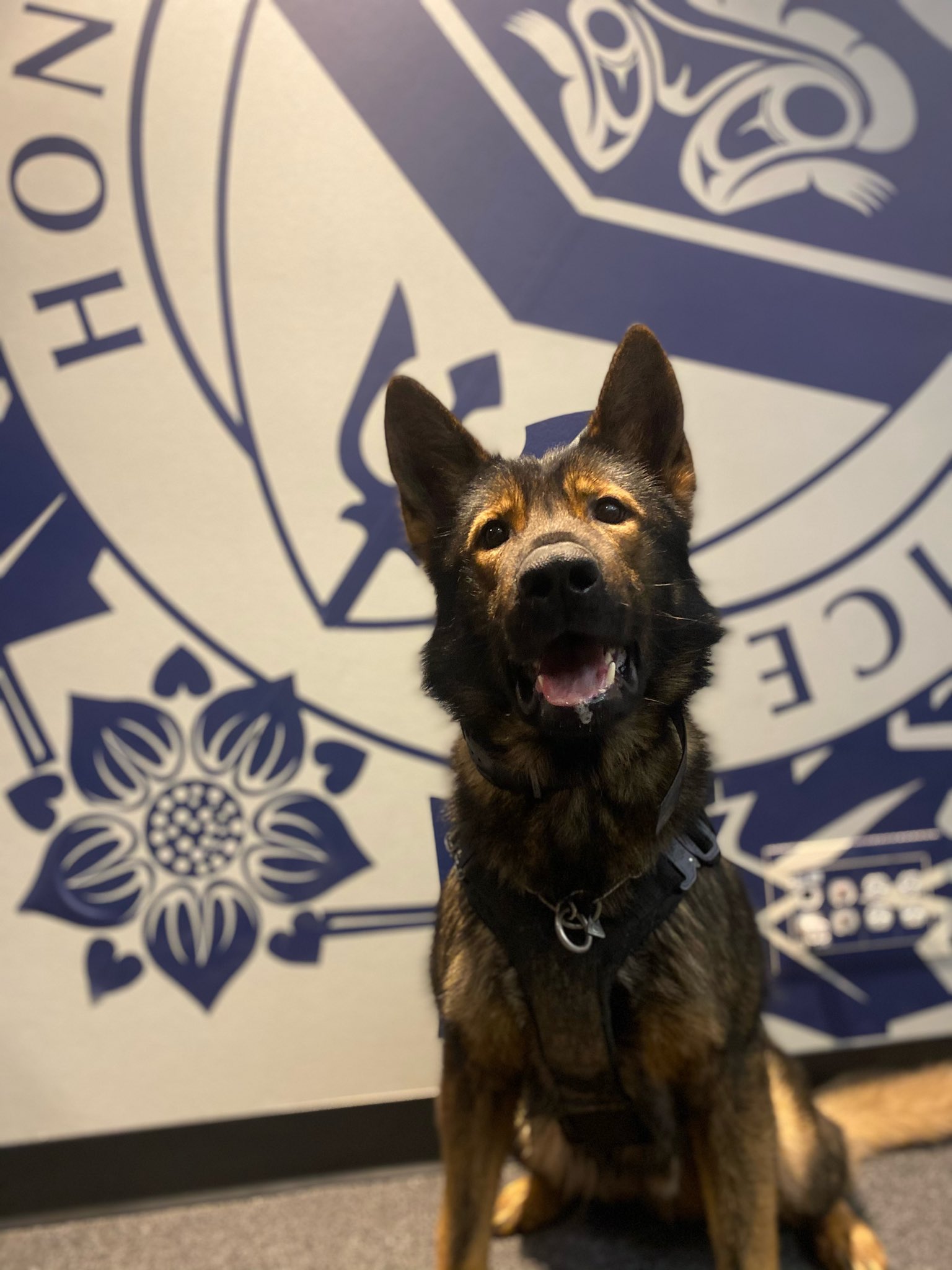 On Monday, February 1st, the Saanich Police Department and VicPD announced the formation of the Integrated Canine Service (ICS). The ICS is a team of six Saanich Police and VicPD canine handlers and their eight police service dogs who serve the communities of Saanich, Victoria, and Esquimalt. The section operates out of VicPD’s Esquimalt Division headquarters.

The partnership provides police canine service with greater efficiency and better value. VicPD estimates that the integration allows for 1 to 1.5 police officer positions to be re-deployed to support other front-line operations.  As a point of clarification to some recent reports, this integration of canine services does not provide VicPD with the ability to hire additional officers.