Victoria, BC – Patrol officers are seeking witnesses after they arrested a man for a crime spree this morning that included the assault of a City of Victoria staff member, the smashing of several business windows, and the assault of a police officer.

The investigation indicates that the suspect’s spree began at 4:30 a.m. in Centennial Square when, bloodied for an unknown reason, the man assaulted a City of Victoria staff member by wiping blood on their back. The suspect then left Centennial Square and entered the 500-block of Johnson Street, where he smashed the window of a business. It was at this time that Patrol officers received several reports regarding the man and began to search for him.

The suspect then proceeded to cause significant damage to a vehicle parked in the 500-block of Johnson Street, before he wiped blood on a City of Victoria garbage truck in the area. The man then fled to the 1300-block of Government Street where he smashed the windows of two additional businesses.

A photograph of some of the damaged windows are available below. 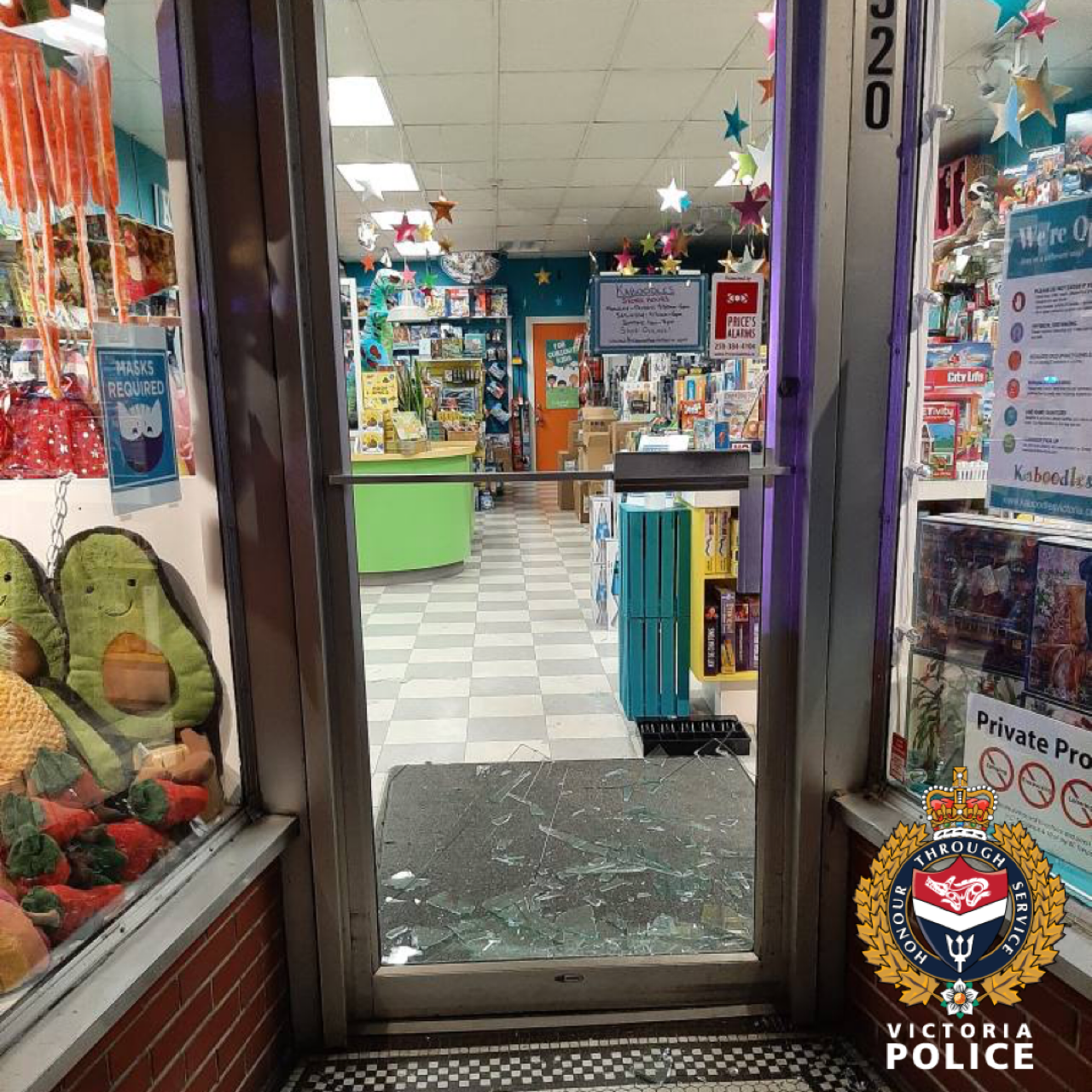 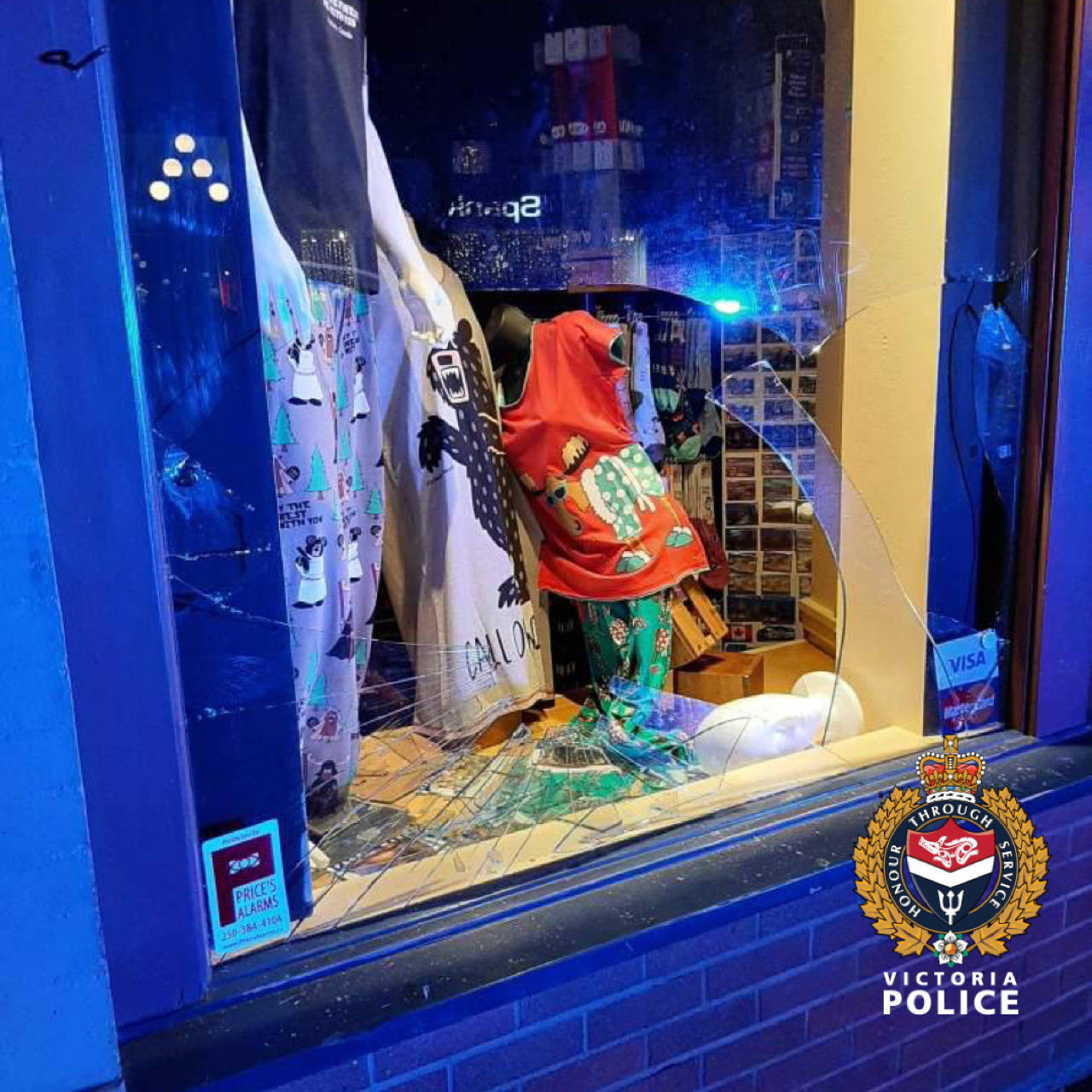 Officers located the suspect in the 1300-block of Government Street. The suspect refused to surrender to police, physically fought to resist arrest, and assaulted an officer. The officer deployed a conducted energy weapon to take the man into custody. The officer suffered non-life-threatening injuries in the assault and did not require medical treatment. The officer was able to complete his shift.

The suspect was treated at the scene for non-life-threatening injuries, before being transported to cells at VicPD where he was held in custody. The man faces recommended charges of assault and assaulting a police officer, as well as three counts of mischief under $5,000 and one count of mischief over $5,000.

This file remains under investigation. If you have any information about this incident, please call the VicPD Report Desk at (250) 995-7654, extension 1. To report what you know anonymously, please call Greater Victoria Crime Stoppers at 1-800-222-8477.