Victoria, BC – Patrol officers are asking for your assistance as we work to locate and arrest Jessie Goodale, who is wanted on a Canada-wide warrant after his statutory release was suspended.

Jesse Goodale is described as a 30-year-old Indigenous man, standing five feet, eleven inches tall with a heavy build of approximately 220 pounds. He has dark brown salt-and-pepper hair and brown eyes. A photograph of him is below. 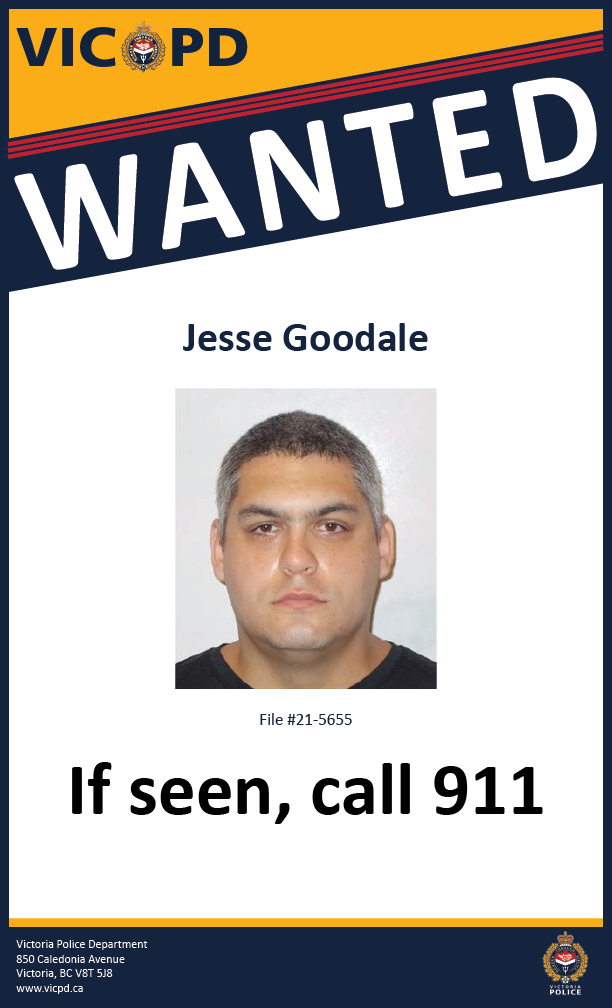 Jesse Goodale is a federal offender, who is serving a sentence of four year and ten months for Aggravated Assault. He has a lengthy history of criminal convictions for property crime, firearms possession as well as drug and violent offences. He was arrested in Victoria after his statutory release was suspended in September of 2020.

If you see Jesse Goodale, do not approach him. Call 911.