Victoria, BC – Investigators are asking for those with information to come forward after the Queen Elizabeth II statue in Beacon Hill Park was “beheaded” in an act of vandalism.

Officers were called to Beacon Hill Park in the area near the petting zoo just after noon today for a report that the Queen Elizabeth II statue had been vandalized. There they discovered that the statue’s head had been removed. The head has not been recovered. 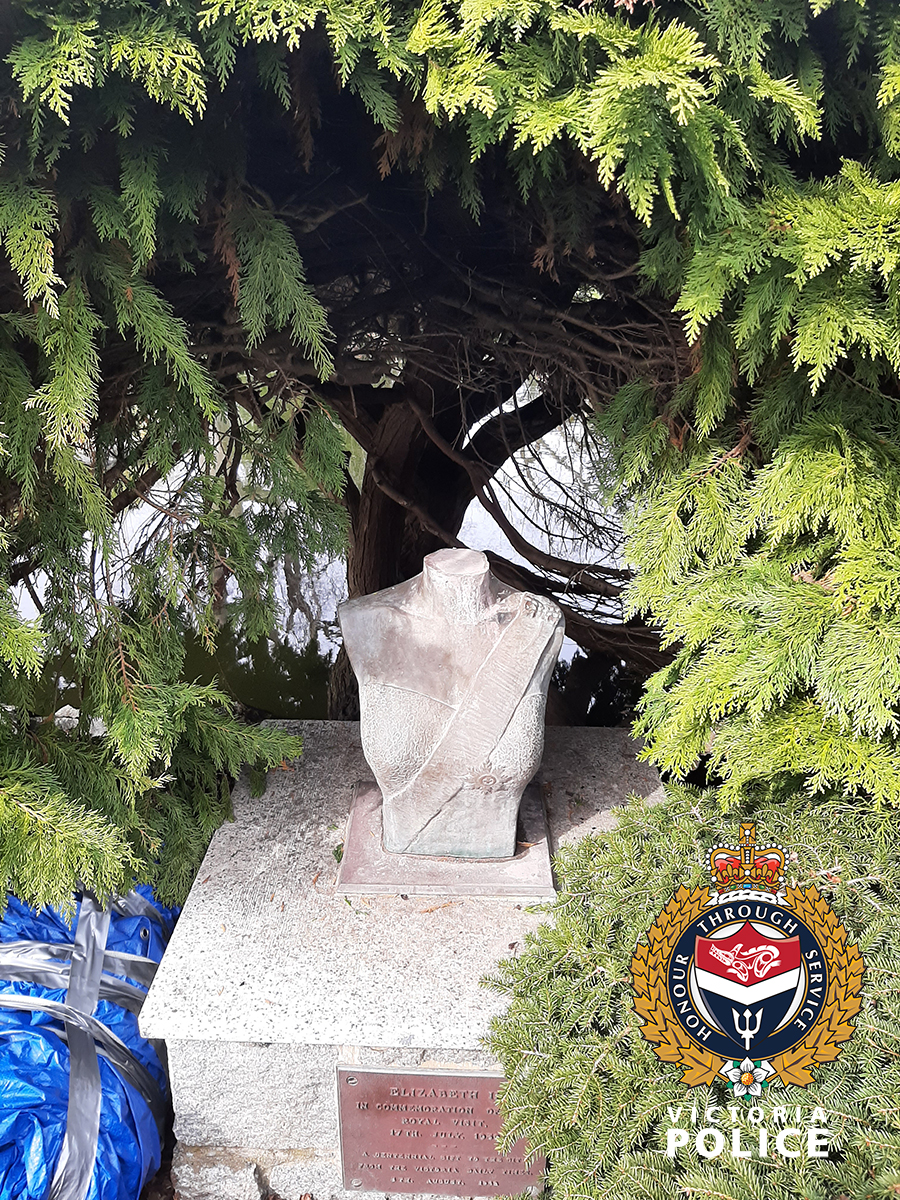 The Queen Elizabeth II Statue before the vandalism.

While this incident comes after a series of numerous overnight vandalism incidents involving graffiti which mentions Beacon Hill Park, officers are still investigating if these incidents are connected.