Victoria, BC – Patrol officers are asking for your assistance in identifying a suspect who broke into a vehicle dealership and stole a vehicle early this morning.

The suspect is described as a man wearing a black jacket, black pants, a grey hood, red face mask, and black shoes.

The incident was captured on video and shows the suspect breaking into the building shortly after midnight, and then returning at approximately 4:30 a.m. to break into the building again. Officers were called to the scene after the second incident. 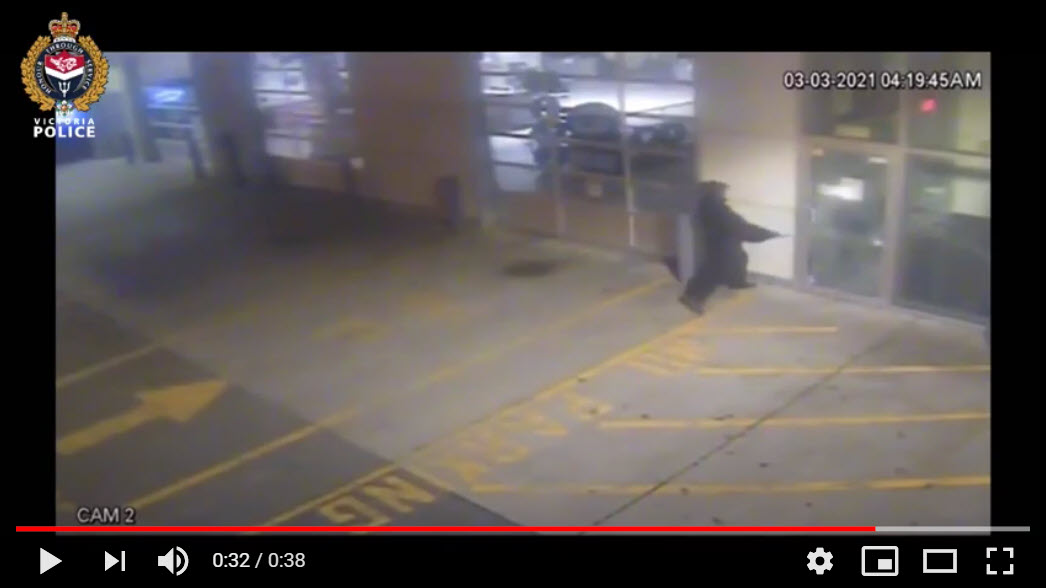 Shortly before noon, an off-duty VicPD officer arriving at work for their shift located the stolen vehicle parked in a parking lot near VicPD headquarters at 850 Caledonia Avenue. Officers recovered the vehicle and are continuing the investigation.

This incident remains under investigation. If you have information about this incident, please call our Report Desk and (250) 995-7654, extension 1. To report what you know anonymously, please call Greater Victoria Crime Stoppers at 1-800-222-8477.