Victoria, BC – A man with a prolific property crime history has been arrested after being identified by a West Shore RCMP officer and a community member after viewing released video of a break and enter targeting the cashbox at a Fort Street business last week.

Officers were called to the small business in the 700-block of Fort Street just after 10 a.m. on March 11th for a report of a break and enter. The proprietor had arrived at work to find the front door of the business damaged and the cashbox missing. Having installed high-quality, well-placed surveillance video, the proprietor was able to capture the break and enter and theft. 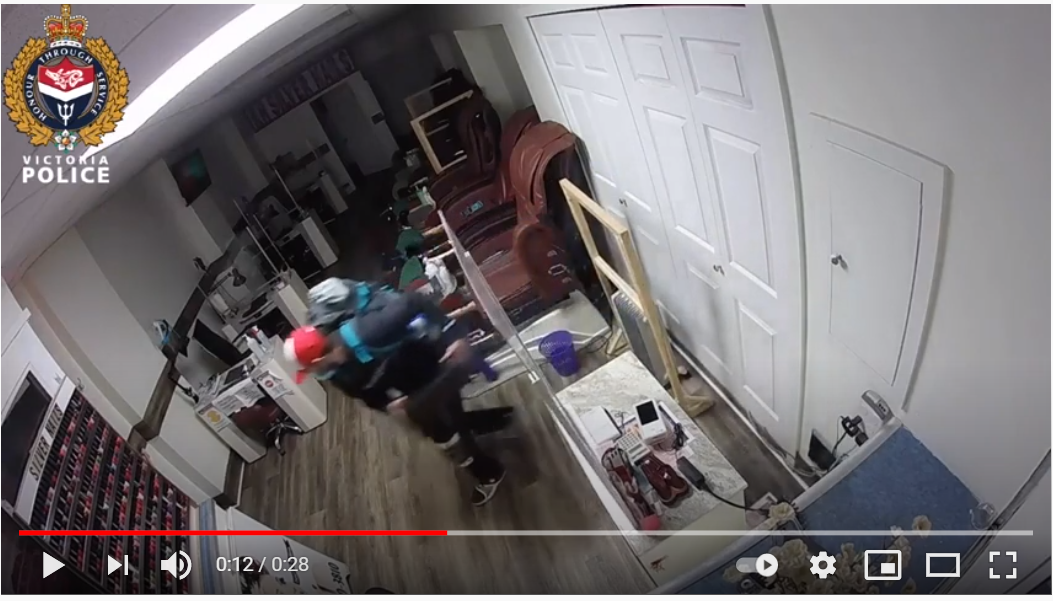 The cashbox was located a short distance away.

The suspect was recognized by both a West Shore RCMP officer, and a community member, who each reached out to investigators. Investigators located the suspect in 800-block of Pandora Avenue on March 26th and arrested him. The suspect was tied to an additional break and enter investigation subsequent to the arrest and was also found to be violating court-ordered conditions banning him from possession of particular break and enter tools.

He was held in custody for telebail.