Victoria, BC – Dustin Tom, who was wanted on Canada-wide warrants, was arrested in Oak Bay yesterday. 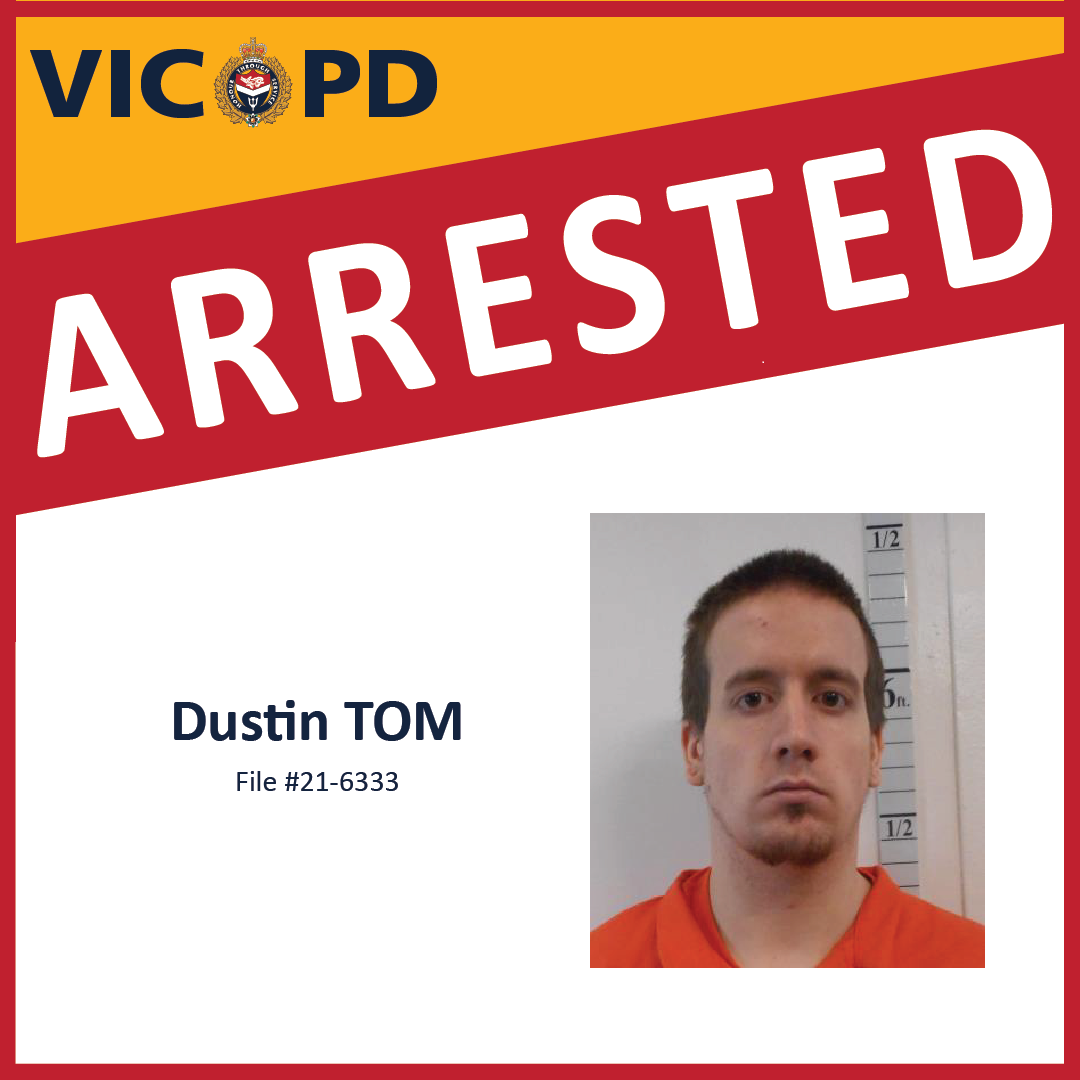 On March 4th Dustin Tom was the subject of a wanted person notification after his statutory release was suspended. Dustin Tom is a federal offender, who is serving over two years for multiple robbery and theft charges.