Victoria, BC – Patrol officers are alerting Esquimalt parents and asking for your assistance as we work to identify the suspect in an unprovoked attack on a 12-year-old Esquimalt boy on his way to school this morning.

The boy reported that between 8:00 and 8:30 a.m. this morning, he was riding his bike to school near the area of Devonshire and Fairview roads in Esquimalt when he was suddenly grabbed and pulled from his bike by a man he did not know. The boy reported falling to the ground and shielding his face as the man who pulled him from his bike stood over him and grabbed at his backpack. The boy reported that a second person, believed to be a male, then pulled the first man away and ordered the boy to get back on his bike and leave the area. The boy fled and rode his bike directly to school. The boy was not physically harmed in the incident.

Officers were called by the boy’s family late this afternoon after they learned about the incident.

Esquimalt Division Patrol officers are looking to speak with the second man who intervened in the incident as they work to identify the man responsible.

Officers are also wanting to ensure that parents in the area are aware.

The boy was not able to describe either man and officers are currently in the area looking to identify witnesses.

A map showing the area where the incident occurred is below. 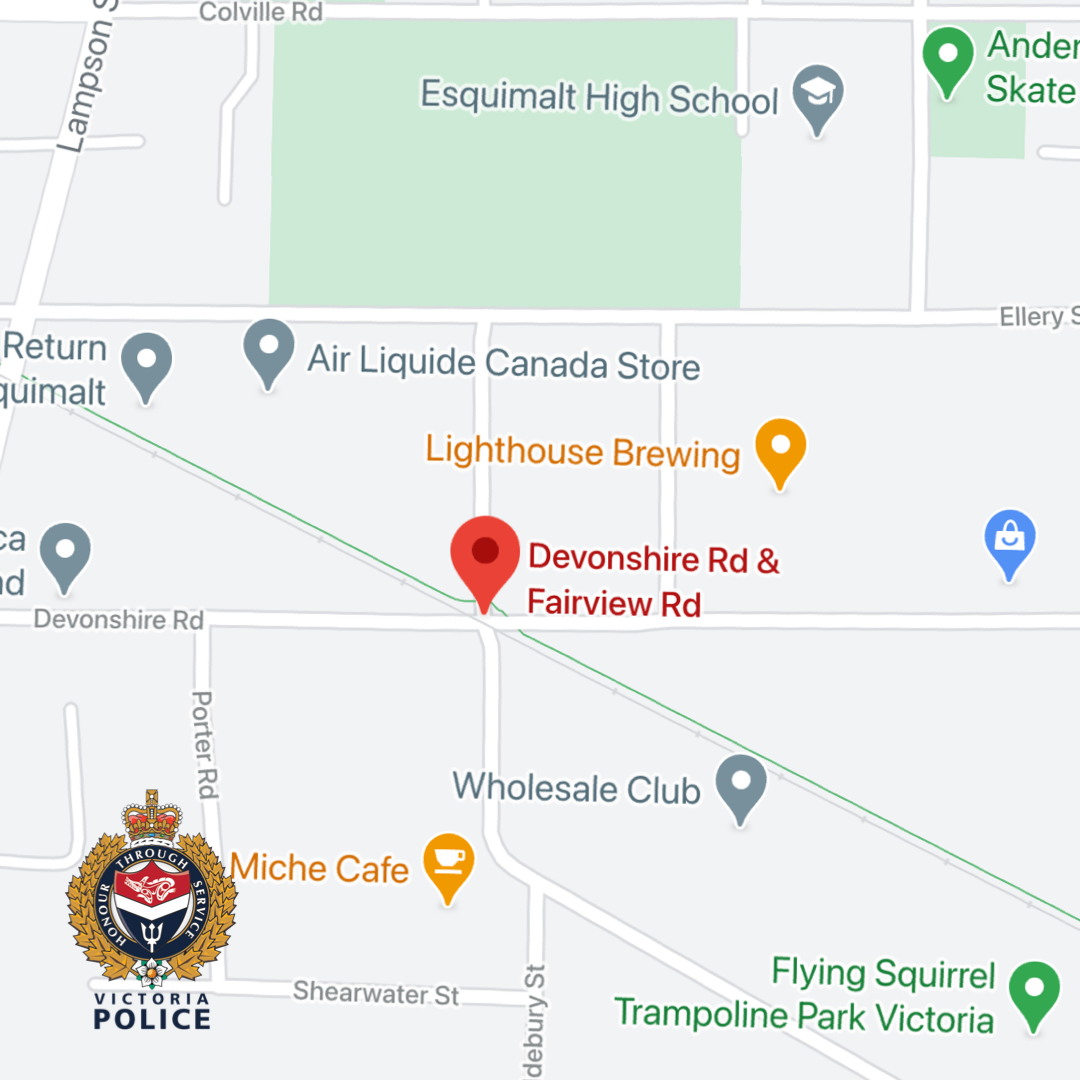