Shortly after 7 p.m. on Tuesday, April 13th, Patrol officers were called to the 900-block of Yates Street for a reported sighting of Travis Moore, a federal offender wanted on a Canada-wide warrant for suspension of statutory release. Moore is serving a 5-year sentence for several convictions including break and enter, robbery, assault, and assault causing bodily harm. 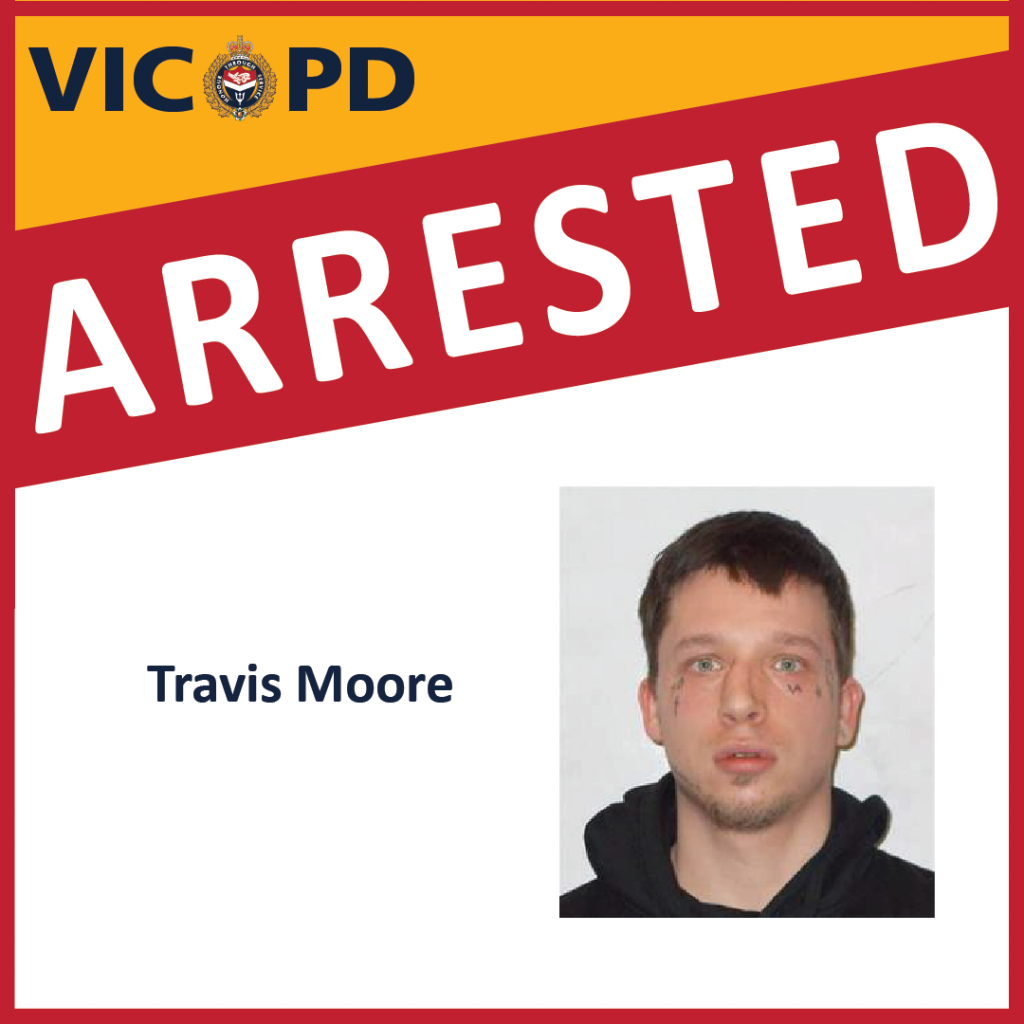 Officers attended the area and located Travis Moore, who fled from police on foot. After a short foot pursuit, officers arrested Travis Moore near Quadra and Yates streets without further incident.

Travis Moore was transported to VicPD cells and held in custody. Thank you for sharing his information.